This year more than ever, Torontonians are embracing the Christmas spirit alive at St. Michael’s Choir School’s annual concert, Christmas at Massey Hall. Only limited tickets are available to the pair of concerts, a cornerstone of the choral year, beloved by students, parents, alumni and music aficionados alike.  The concerts take place December 3 and 4, 2016, at 3 p.m. at Massey Hall, 178 Victoria Street, Toronto.

For 51 years, choristers have made their way from Bond Street to Shuter Street in  December to sing out the songs of Christmas.  This year’s event features a special guest appearance by alumnus and Juno-nominated jazz vocalist Matt Dusk performing with a full band and backed by all 270 choristers, students ranging from Grade 3 to 12 from the prestigious choir school.  St. Michael’s Choir School is currently featured on the track “Do You Hear What I Hear?” from Dusk’s new release Old School Yule!, his first holiday album since 2004’s Peace On Earth.

This year’s selections include an arrangement of Hodie, Christus natus est by St. Michael Choir School graduate Kola Owolabi, and Paul Halley’s arrangement of the traditional English carol, The First Nowell (aka First Noel), as well seasonal favourites I’ll be Home For Christmas, Joy to the World, and Irving Berlin’s White Christmas. The SMCSAA Choir and its new conductor Vincent Cheng along with True North Brass are also featured guests in the annual Massey Hall Christmas concert.

Says Stephen Handrigan, Director, St. Michael’s Choir School: “Having alumnus Matt Dusk reunite with his St. Michael’s family, where his love for music began, is only fitting during a season where our thoughts inevitably turn to home and family. There has been an unprecedented amount of energy and 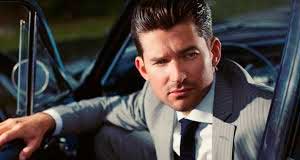 excitement around the rehearsals for this concert that, bolstered by the tremendous media support including appearances this week on Classical 96FM and Global News Morning, has compelled people to participate in this joyful annual tradition. With so much darkness in the world, we are grateful for the opportunity to be able to spread some light and peace inherent in music.”

Dr. Jerzy Cichocki, Maria Conkey and Teri Dunn will be conducting the St. Michael’s Choir School’s 270 voices, with performance repertoire including Snow Angel by Sarah Quartel; John Rutter’s arrangement of In dulci jubilo; the Bing Crosby and David Bowie duet arrangement of Peace On Earth/Little Drummer Boy, and the Caldwell-and-Ivory arrangement of the fun spiritual Go Where I Send Thee.

Matt Dusk is one of Canada’s most beloved male vocalists, forging a career in music that has resulted in six critically acclaimed studio albums. Dusk’s latest release, Old School Yule!, features a 60-piece orchestra, 50-voice choir and numerous special guests. Together they join forces to create a swingin’ up-tempo cocktail holiday album that will have you feeling a little “Ring-a-Ding-Ding” while you croon along to “Fa-La-La-La-La”. Dusk has been awarded two gold albums, Two Shots (Canada) and Good News (Poland), and two platinum albums, My Funny Valentine (Poland) and Just the Two of Us (Poland). He has had three No. 1 radio hits: All About Me (Canada), Back in Town (Japan), and Good News (France).  Matt is an alumnus of the St. Michael’s Choir School and studied under jazz piano legend Oscar Peterson.

Founded in 1937 with the purpose of providing sacred music for services at St. Michael’s Cathedral in downtown Toronto, St. Michael’s Choir School is a centre for musical and academic excellence. It is one of only six choir schools in the world affiliated with the Pontifical Institute of Sacred Music in Rome. Each student admitted to the Choir School is trained in vocal, technical and instrumental music, and sings in at least one of the school’s choirs. In addition to the annual Christmas concert, the choirs tour regularly and perform at many local events.

Balancing the sacred and the secular is customary for the school. St. Michael’s Choir School is not only famous for its music program, but also is known for its academic achievement, consistently ranking at the top of Fraser Institute surveys. For 75 years, graduates of the Choir School have pursued studies in science, education, medicine, law, business, and, of course, music. In the last group are the Crew Cuts and Four Lads of the 1950s and present-day musical artists Michael Colvin, Stewart Goodyear, Kevin Hearn (Barenaked Ladies), John McDermott, Claude Morrison (The Nylons), Robert Pomakov, Michael Schade, and the late Michael Burgess. 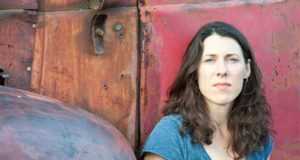