This past December, St. Michael’s Choir School delighted Toronto audiences by performing of Part I of Handel’s Messiahat its 52nd annual Massey Hall Christmas Concert. The students of Canada’s most illustrious choir school will complete the sacred oratorio, performing Parts II and III with baroque orchestra, on Saturday, April 14, 2018, at 7:30 p.m. at St. Michael’s Cathedral Basilica. Parts II & III relate the Passion and Resurrection story and the promise of eternal life.
Like the December concert, the April performance presents a rare opportunity for audiences to hear Handel’s Messiah as it was originally sung at its Dublin premiere in 1742. Then, it was performed with a choir of  men and boys assembled from the choirs of St. Patrick’s Cathedral and Christ Church Cathedral, with a small chamber orchestra accompanying, plus soloists from the choir.
While there is a long history of all-male choirs in churches and boys’ schools in Europe, they are not common in Canada. Of those that exist, few have the legacy of St. Michael’s Choir School.
ABOUT ST. MICHAEL’S CHOIR SCHOOL
Founded in 1937, with the purpose of providing sacred music for services at St. Michael’s Cathedral in downtown Toronto, St. Michael’s Choir School is a centre for musical and academic excellence.
Handel's Messiah St. Michael's Choir School 2018-04-10
Bulletin Editor 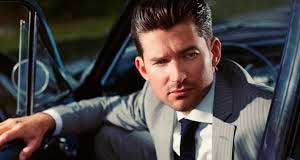