Jesus tells His disciples, ‘follow me’ — what does it mean?

Posted by: Bulletin Editor May 1, 2014 Comments Off on Jesus tells His disciples, ‘follow me’ — what does it mean?

“We can learn from John the Baptist to tell people who Jesus really is,” says Danae, 10. “John had many followers himself, but he didn’t try to compete with Jesus.” 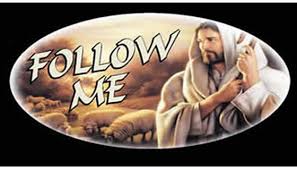 “Jesus invited simple fishermen to follow him,” says Emily, 12. “I think he did that to show us that God’s love is for everyone, not just the people who are pretty, smart or popular.”

Jesus didn’t set up a recruiting office at the Jerusalem school for rabbis. He began his ministry in a remote desert place where two disciples of John the Baptist followed him.

“What do you seek?” Jesus asked them. By asking this question, Jesus forced his disciples to think about their motives. People follow Jesus for different reasons.

Many Jews wanted the Messiah to overthrow the Romans. They saw Jesus as a splendid king (Isaiah 9 and 10). Jesus didn’t come the first time to crush his enemies, but to put himself into the hands of those who would crush him (Isaiah 53). Jesus had to explain to his disciples that the cross must come before the crown.

When the disciples asked Jesus where he was staying, he said, “Come and see” (John 1:39). When we follow Jesus, he doesn’t show us everything at once. Every day, we must come and see what he has for us.

“We can learn that once we learn about Jesus, we should tell others,” says Anna, 10.

After only one day with Jesus, Andrew told his brother Simon, “We have found the Messiah” (John 1:41). When Jesus saw Simon, he immediately changed his name to Cephas, which means stone or rock. The name Cephas in the Aramaic language is the same as Peter in Greek.

When we follow Jesus, we give up our own identity for one that God gives us. Jesus knew that Simon would change. His testimony that Jesus is the Christ would serve as the foundational rock upon which Jesus would build his church (Matthew 16:13-20).

“Jesus wants everyone to come to him,” says Rebekah, 6. “Jesus has time for everyone and will not say ‘hurry up’ or tell them to go away because he is busy.”

In an age where technology speeds up the way we communicate with each other, it’s hard to imagine a God who has time for us. If we don’t make time to “come and see” Jesus, we’ll never get to know him in a way that motivates us to tell our loved ones about him. Spending quality time with Jesus will result in telling others about him.

“When you are being open and willing to allow people to follow you, it might make them curious,” says Sarah, 11.

Jesus provoked people’s curiosity. We see that all the way through his ministry. He asked a lot of questions to which he already knew the answers.

Think about this: Jesus was the master fisherman of people. He knew how to provoke people’s curiosity so that they wanted to know more about God.

Memorize this truth: Then He said to them, “Follow me, and I will make you fishers of men” (Matthew 4:19).

Ask this question: Are you fishing for people by pointing them to Christ?