Posted by: Bulletin Editor October 19, 2016 Comments Off on Why I’ve never forgotten a Japanese girl

58 years ago I made an unfortunate decision. I was in the wrong place at the wrong time with the wrong Japanese girl. But the problem was not what you’re thinking! Rather, I was in Tokyo, travelling with my wife and her parents. My father-in-law and I decided to experience a Japanese massage at the Imperial Hotel.

During the event a petite masseuse suddenly struck the side of my head with a hard blow. I swear to High Heaven I did not pinch her, and 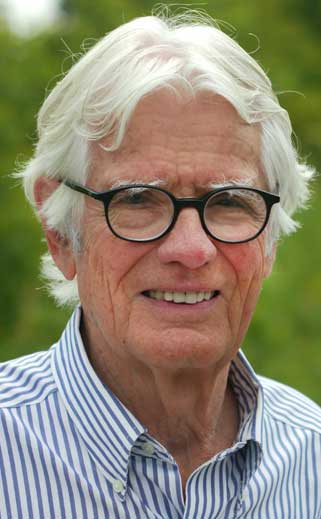 will never know why she acted this way. The following day I developed symptoms of injury to the ulnar nerve in my arm, and later neck pain. In recent years the neck pain has increased and is resistant to chiropractic treatment, acupuncture and massages. But what I learned as a result may help others with a similar problem.

I’ve been examined by several neurosurgeons. One in Boston, two in Canada and a fourth while in Israel on a writing assignment to interview a renowned neurosurgeon. They all decided surgery on my neck or spine was not indicated. MRIs showed insufficient reason for an operation. Nor do I want surgery without good cause.

But I’ve stressed to each neurosurgeon one important diagnostic point. I   have zero pain in a reclining chair or lying down, but it can at times be brutal while at the computer or standing. Patients who have undergone MRI know it is performed in a horizontal chamber. So why would an MRI show the cause of pain when I have none in a horizontal position?

I found it amazing that none of these professors suggested a standing MRI to see if the vertical position would provide a diagnosis. So I searched for a standing MRI. I discovered, to my surprise, that there is not one in Canada’s major cities with university medical schools! The only one in Canada was in a small city in British Columbia. Several were available in the U.S.

The next question was whether a vertical MRI was more effective than a horizontal one in detecting spinal lesions. So I interviewed several radiologists in the U.S. The general consensus was that a standing MRI diagnosed about 20 percent of lesions missed by horizontal tests. It seemed logical to me that gravity would place increased pressure on the spinal cord and lesions would be more easily detected.

I also asked Canadian radiologists why there was only one vertical MRI in the entire country. One answer was that it was not cost effective when most patients did not require one. Another that vertical images of the spine were less clear. U.S. authorities disagreed. They claimed this was not the case for spinal cord diagnosis.

So I decided to travel to the clinic in B.C. hoping that its vertical MRI would finally detect the cause of my pain and provide surgical cure. Unfortunately, I found I was not in the 20 percent that showed a definitive diagnosis. However, I had at least satisfied my curiosity.

So I’m back to square one, and back to practising what I preach. Readers  know I refuse painkillers. Several years ago a university pain clinic prescribed morphine drops in increasing doses. Reluctantly, I tried them. I became so sleepy I could not write this column, nor do much else. I finally decided to live with pain, the devil I know.

I did not become addicted to morphine nor have any trouble tossing it out. That is why I have no patience with those who pop painkillers for minor pain, or addicts who simply want a high to escape other troubles.

So how am I now writing this column? I’m fortunate that an inflatable neck cuff provides some relief of pain. But it’s cumbersome and hot.

One message is clear. Even expensive MRIs, designed to detect even minute spinal cord changes, are at times unable to diagnose the cause of pain.

So it looks like I’ll go to the Great Beyond never knowing why the pain returns, very frustrating, very painful, but not yet lethal. 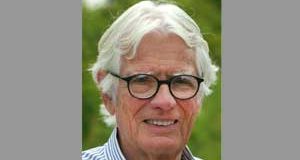 Cruising with cardiologists to Alaska: What I learned