Cruising with cardiologists to Alaska: What I learned

Posted by: Bulletin Editor November 7, 2016 Comments Off on Cruising with cardiologists to Alaska: What I learned 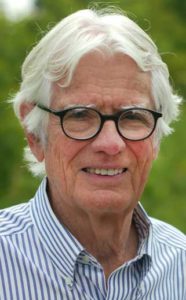 I have a passion for ships so I’ve travelled and seen much of the world this way. But I’d never been to Alaska. So I recently joined a group of cardiologists on an educational cruise to a U.S. State blessed with magnificent scenery. It was a good learning experience, with one glaring omission.

Towards the end of the conference I asked a specific question. For several days all the speakers had discussed the value of Cholesterol-lowering drugs (CLDs) to prevent heart attack. They had also discussed drugs to treat heart failure. But none had mentioned the vital importance of coenzyme Q10 (CoQ10) to either prevent or treat a failing heart. Studies show that CLDs decrease the amount of this enzyme, and millions of people are taking CLDs.

Speakers agreed it was a good question. But they explained they would never prescribe drugs that had not been scientifically tested. I begged to differ, as several studies have shown CoQ10 is essential for providing energy to the heart.

Today heart failure is the fastest growing cause of heart trouble in North America. Due to an aging population, old hearts, like old cars, travel only so many miles before they wear out. A car without gas comes to a sudden halt. Similarly, a deficiency of CoQ10 which has been called “the sparkplug of our motors”, saps energy from our heart. I wonder how many patients realize that taking CLDs for one year can decrease CoQ10 by as much as 40 percent! Moreover, studies show that the higher the dose of CLDs the more CoQ10 is removed from cardiac muscle.

Dr. Karl Folker, one of the early pioneers of CoQ10, says that a 25% deficiency in COQ10 is enough to cause illness. A 75% decrease can cause death. Since our heart beats 100,000 times daily, there’s more CoQ10 in the heart than any other organ, and it needs constant energy.

There are also 100 trillion cells in our body that require continuous energy to carry out a myriad of metabolic tasks to keep us well. So many North Americans on CLDs are tired, have muscle cramps, muscle weakness or have emotional problems due to a lack of CoQ10.

Several years ago at a meeting in London, England, researchers suggested a surprising new reason for heart failure, cholesterol-lowering drugs. These drugs are very effective in inhibiting an enzyme needed in the manufacture of cholesterol. But unfortunately this enzyme is also required for the production of CoQ10. It’s a great example of what can go wrong when humans start changing the body’s physiology.

So I found it amazing that my question failed to trigger some discussion by cardiologists aboard. Particularly when some authorities have worried that CLDs might be setting the stage for an epidemic of heart failure. It would be ironic if history shows that CLDs, promoted for years as a way to prevent heart disease, may in fact be causing it!

Dr. Khursheed Jeejeebhoy, Professor of Nutrition at the University of Toronto, reported years ago that the heart muscles of patients suffering from heart failure show decreased levels of CoQ10. And that CoQ10 therapy along with the energy producing substances Taurine and Carnitine improves cardiac performance.

Another report in the American Journal of Cardiology shows that a daily dose of 150 milligrams of CoQ10 decreased the incidence of angina by 50 percent. It’s believed that CoQ10 allows the heart to work harder before oxygen lack causes angina pain.

Research also shows that as we age the body’s ability to extract CoQ10 from food decreases. Not too surprising as all of our organs work less efficiently with the passage of time.

This medical meeting aboard ship once again reaffirmed that doctors ignore important facts about natural remedies that can be of help to patients. I also believe there is enough scientific evidence to show that anyone taking CLDs should be taking CoQ10. It’s available at Health Food Stores.

But remember I am not your doctor. I`m also not your travel agent. But if you have never cruised to Alaska, I highly recommend it.

10 facts you should know about coenzyme Q10