I’ve emerged from the hearing-loss closet

Posted by: Bulletin Editor October 9, 2017 Comments Off on I’ve emerged from the hearing-loss closet

Why is it that we accept the fact that everyone should see their dentist twice a year to detect dental decay? That we should get regular eye examinations and a checkup by our family doctor once a year? But ironically we rarely, if ever, hear that we should do the same for our ears! So why is this? And why am I not going to tell anyone that I can now finally hear?

But I’ve had a lot of company. Studies show that even teenagers, one in five of them, have hearing loss but do not get help. We know that 60% of veterans who have served in a war zone need hearing help. Moreover, those 70 years of age and older who need hearing aid never get it. And that, on average, people who notice they’re hard of hearing wait seven years before seeking help.

So why are we all so foolish? The Journal of Medical Professionals with Hearing Losses reports that those hard of hearing are often viewed by others “with a mixture of fear, scorn, distaste, misunderstanding and pity.” This is really hitting us between the eyes, causing psychological concussion.

But it’s amazing and appalling that it wasn’t until the mid-1970s that people finally realized that young people with hearing loss could actually learn! No wonder some people remained in the closet!

The blunt message is that stigma remains attached to hearing loss. It’s really an asinine reason. After all, no one gives a second thought to those who wear glasses, use canes, or are confined to a wheelchair.

So why did I and so many people put off seeking help after saying “pardon me” so often? For one thing, hearing loss doesn’t kill, unless you can’t hear a car coming. But there’s still a feeling that difficulty hearing is associated with old age and who wants to be old? So why not struggle a little longer before finally admitting you’re missing a lot of what’s going on around you? One can always find excuses for doing nothing. I was also aware of failures with hearing aids and being of Scotch heritage, I didn’t want to spend money without good results!

So why the sudden change for me? I simply became tired of asking people to repeat themselves, and struggling at medical interviews to hear those who speak softly. Since I’m not a hearing expert I asked several authorities where they would send their own mother. I was told that Connect Hearing is Canada’s leading physician referred hearing healthcare provider, so it was a no brainer.

Connect Hearing arranged an audiology examination to analyze my type and severity of hearing loss. Luckily, I had no nerve degeneration so could be given a hearing aid that automatically adjusts to sound.

So what has happened to me? Now that I can hear I realize it was a major mistake to delay an audiology test. And no one needs to lean closer to me for a conversation. Or say “did you miss that, Giff?” Rather, the little gizmo has opened up a whole new world in conversation, music and TV. I can even hear the second hand of my watch ticking.

But, for now, I’m not divulging to anyone that I can hear well. Why? Because I recall the story of the elderly person who came out of the closet and was delighted with his new nearing aid. But he said he was not doing much talking. Rather, he was doing an awful lot of listening. And because of his new ears he has already changed his will three times!

So remember, no one has ever died from laughter nor deafness. But no one should remain in the closet when help is as close as your local audiologist. The end result is increased quality of life!

Previous: A few tricky ways to steal a girl from her boyfriend
Next: This will change your beliefs about luck 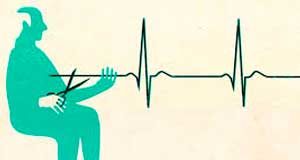 Dying, I don’t want to be there when it happens 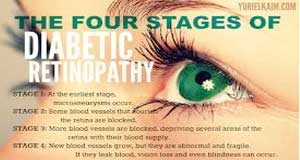 A miner helps save millions from diabetic blindness