Posted by: Bulletin Editor May 22, 2017 Comments Off on Needed: A taxi driver, garbage collector, veterinarian

I wrote years ago “The problems of society are caused by supposedly   intelligent people who are largely fools.” It’s worth repeating due to what has happened to Canada’s new law, Medical Aid in Dying (MAID). The Supreme Court of Canada ruled that, “Anyone with a grievous and irremediable condition should have the right to (MAID)”. It did not say that death need be imminent, nor did it exclude mature minors, nor those with mental illness or dementia. So what’s happened now? And how can you help?assisted suicide

Trudeau’s government, after months of delay, has asked The Council of Canadian Academics to review these three contentious issues. The Council then appointed 43 people for this task. My God! 43 people? For such a simple problem? And why allow them over a year to report while people are dying in agony? It tells one that not all imbeciles are in the asylum.assisted suicide

To add fuel to the fire, a University of Toronto professor was appointed to chair the Advanced Consent Group, a man who believes life is sacred and compares MAID to the Nazi Holocaust! This appointment was like putting the fox in charge of the hens. Fortunately, due to intense criticism, he has resigned as chairman, but still remains a member of the committee!assisted suicide

The grim news is that those with developing dementia, who wish to sign an Advanced Request allowing assisted death when their minds are completely wasted, are doomed to a lingering death. Man’s inhumanity to man knows no bounds. 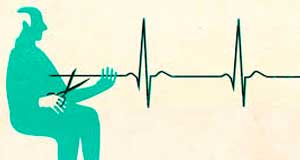 I’d suggest to Trudeau that the committee be replaced by a taxicab driver, garbage collector and veterinarian. Their report, I suspect, would allow assisted death to those who wished it but were denied it; and it would take less than 24 hours.

What does MAID really boil down to? It shows that do-gooders, ethicists, moralists and various religions have zero respect for the rights of others. They say to hell with the ruling of the Supreme Court of Canada. To hell with our Charter of Rights and Freedoms. And to hell with surveys that show that 80 percent of North Americans want doctor assisted death. It’s their way or the highway.assisted suicide

Am I being too hard on these adversaries? Not one iota, because it would be so easy to solve this debate. Opponents of MAID could readily sign a personal   affidavit stating they would never request it. This should end the discussion. But past experience shows good sense will not rule.

So what can the rest of us do to protect our rights and win this fight? First, know your enemy. What gives politicians nightmares is the fear of not being re-elected. And the best way to way to send this message is to concentrate the fire on Prime Minister Justin Trudeau.

What is the best ammunition? Sending a huge number of individual letters, (better than e-mails), to the PM. I know this is effective. I used this tactic years ago to help legalize heroin to ease the agony of terminal cancer patients. It was only when I personally delivered 40,000 letters to the Health Ministry that heroin was finally legalized.

But this approach will only work if you care enough for the right to determine how your life will end. Or if you deplore political hypocrisy. And have compassion for those with Alzheimer’s disease who are condemned to sit alone, sometimes waiting for years to die, due to a lack of an Advanced Request.

I believe this is the most important column I’ve ever written. It will show how many readers will take just a few moments of their time to help correct an inhumane law. Send a copy of this column to Justin Trudeau and attach a personal note if you wish to do so.

History often shows the vocal minority rules the day while the silent majority remain passive. Here’s your chance to prove it wrong. Just don’t count on   other readers to do this job. You must also do the writing and bury Rideau Cottage in mail.

What I learned watching my wife’s cataract surgery