How the US government and US military became Murder, Inc.

Posted by: Bulletin Editor March 26, 2015 Comments Off on How the US government and US military became Murder, Inc.

Andrew Cockburn has written a must-read book.  The title is Kill Chain: The Rise Of The High-Tech Assassins.  The title could just as well be: How the US Government and US Military Became Murder, Inc.

The US military no longer does war.  It does assassinations, usually of the wrong people.  The main victims of the US assassination policy are women, children, village elders, weddings, funerals, and occasionally US soldiers mistaken for Taliban by US surveillance operating with the visual acuity of the definition of legal blindness.

Cockburn tells the story of how the human element has been displaced by remote control killing guided by misinterpretation of unclear images on screens collected by surveillance drones and sensors thousands of miles away.  Cockburn shows that the “all-seeing” drone surveillance system is an operational failure but is supported by defense contractors because of its high profitability and by the military brass because

general officers, with the exception of General Paul Van Ripper, are brainwashed in the belief that the revolution in military affairs means that high-tech devices replace the human element.  Cockburn demonstrates that this belief is immune to all evidence to the contrary.  The US military has now reached the point that Secretary of Defense Hagel deactivated both the A-10 close support fighter and the U-2 spy plane in favor of the operationally failed unmanned Global Hawk System.  With the A-10 and U-2 went the last platforms for providing a human eye on what is happening on the ground.

The surveillance/sensor technology cannot see human footprints in the snow.  Consequently, the drone technology concluded that a mountain top was free of enemy and sent a detachment of unsuspecting SEALS to be shot up.  Still insisting no enemy present, a second group of SEALS were sent to be shot up, and then a detachment of Army Rangers.  Finally, an A-10 pilot flew over the scene and reported the enemy’s presence in force.

By 2012 even the US Air Force, which had been blindly committed to the unmanned drone system, had experienced more failure than could any longer be explained away.  The Air Force admitted that the 50-year old U-2 could fly higher and in bad weather and take better pictures than the expensive Global Hawk System and declared the Global Hawk system scrapped.

The decision was supported by the 2011 report from the Pentagon’s test office that the drone system was “not operationally effective.”  Among its numerous drawbacks was its inability to carry out assigned missions 75% of the time. The Chairman of the Joint Chiefs of Staff told Congress that in addition to the system’s unacceptable failure rate, the drone system “has fundamentally priced itself out of our ability to afford it.”

As Cockburn reports:  “It made no difference. Congress, led by House Armed Services Committee Chairman Buck McKeon and Democratic Congressman Jim Moran (whose northern Virginia district hosts the headquarters of both Northrop and Raytheon) effortless brushed aside these pleas, forcing the Air Force to keep buying the unwanted drone.”

Cockburn provides numerous examples of the utter failure of the unmanned revolution ushered in by unrealistic dreamers, such as Andrew Marshall, John Foster, William Perry, and David Deptula, who have done much harm to the US military and American taxpayers. The failure stories are legion and sad.  Almost always the victims are the innocent going about their everyday affairs.

The book opens with the story of three vehicles crammed with people from the same village heading to Kabul. Some were students returning to school in Kabul, some were shopkeepers heading to the capital to buy supplies, others were unemployed men on their way to Iran seeking work, and some were women bringing gifts for relatives.  This collection of ordinary people, represented on screens by vague images, was willfully mistaken, as the reproduced conversations between drone operators and assassins show, for a senior Taliban commander leading forces to attack a US Special Forces patrol.  The innocent civilians were blown to smithereens.

The second chapter tells of the So Tri, an indigenous people in the remote wilderness of southeastern Laos who were bombed for nine years because the stupid American military sowed their environment with sensors that called down bombs when human presence was detected.  High-tech warfare misidentified the villagers with Viet Cong moving through jungle routes.

One heartbreaking story follows another. If surveillance suspects the presence of a High Value Target in a restaurant, regardless of nominal restrictions on the number of innocents who can be murdered as the “collateral damage” part of the strike, the entire restaurant and all within are destroyed by a hellfire missile.  Remember that the Israelis denounce terrorists for exploding suicide vests inside Israeli restaurants.  What the US military does is even worse.

On other occasions the US assassinates an underling of a High Value Target on the assumption that the Target will attend the funeral which is obliterated from the air whether the Target is present or not.

As the murders are indiscriminate, the US military defines all males killed to be valid

targets. Generally, the US will not admit the deaths of non-Targets, and some US officials have declared there to be no such deaths.  Blatant and obvious lies issue without shame in order to protect the “operationally ineffective” and very expensive high-tech production runs that mean billions of taxpayer dollars for the military/security complex and comfortable 7-figure employment salaries with contractors after retirement  for the military brass.

When you read this book you will weep for your country ruled as it is by completely immoral and inhumane monsters.  But Cockburn’s book is not without humor.  He tells the story of Marine Lt. General Paul K. Van Riper, the scourge of the Unmanned Revolution in Military affairs, who repeatedly expressed contempt for the scientifically unsupported theories of unmanned war.  To humiliate Gen. Van Riper with a defeat in a massive war game as leader of the enemy Red force against the high-tech American Blue force, he was called out of retirement to participate in a war game stacked against him.

The Blue force armored with a massive database (Operational Net Assessment) and overflowing with acronyms was almost instantly wiped out by Gen. Van Riper. He sank the entire aircraft carrier fleet and the entire Blue force army went down with it.  The war was over. The 21st century US high-tech, effects-based military was locked into a preset vision and was beaten hands down by a maverick Marine general with inferior forces.

The Joint Forces Command turned purple with rage.  Gen. Van Riper was informed that the outcome of the war game was unacceptable and would not stand. The sunken fleet magically re-floated, the dead army was resurrected, and the war was again on, only this time restriction after restriction was placed on the Red force. Van Riper was not allowed to shoot down the Blue force’s troop transports. Van Riper was ordered to turn on all of the Red force’s radars so that the Red forces could be easily located and destroyed. Umpires ruled, despite the facts, that all of Van Riper’s missile strikes were intercepted.  Victory was declared for high-tech war.  Van Riper’s report on the total defeat of the Blue force, its unwarranted resurrection, and the rigged outcome was promptly classified so that no one could read it.

The highly profitable Revolution in Military Affairs had to be protected at all costs along with the reputations of the incompetent generals that comprise today’s high command.

The infantile behavior of the US military compelled to create a victory for its high-tech, but legally blind, surveillance warfare demonstrates how far removed from the ability to conduct real warfare the US military is.  What the US military has done in Afghanistan and Iraq is to create far more enemies than it has killed.  Every time high-tech killing murders a village gathering, a wedding or funeral, or villagers on the way to the capital, which is often, the US creates hundreds more enemies.  This is why after 14 years of killing in Afghanistan, the Taliban now control most of the country.  This is why Islamist warriors have carved a new country out of Syria and Iraq despite eight years of American sacrifice in Iraq estimated by Joseph Stiglitz and Linda Bilmes to have cost Americans a minimum of $3 trillion.  The total failure of the American way of war is obvious to all, but the system rolls on autonomously.

The Revolution in Military Affairs has decapitated the US military, which no longer has the knowledge or ability or human tools to conduct war.  If the crazed Russophobic US generals get their way and end up in confrontation with Russia, the American forces will be destroyed.  The humiliation of this defeat will cause Washington to take the war nuclear. 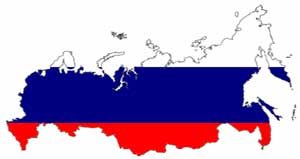 Brexit: What is it about? What is at stake?