Posted by: Bulletin News May 12, 2017 Comments Off on Home inspectors must be licensed, insured: Ontario law 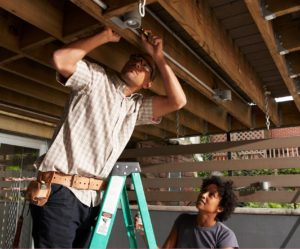 Under the new law, anyone performing a home inspection must be licensed and insured. A written contract with the homeowner must be signed, and a written report has to be delivered after the inspection. But is it taking too long?

“This is a crucial, necessary step,” said Dan Steward, President and CEO of Toronto based Pillar To Post Home Inspectors®.

Ranked as North America’s number one home inspection company, Pillar To Post has helped millions of homeowners make the right choice. Their more than 550 franchisees often work with realtors and their reports to the homeowner cover all of the major items inside and outside the home.

“Can you imagine finding out that your dentist took a one day course in dentistry?” asked Steward. “Your home is your single biggest investment so you absolutely have to protect it with a thorough home inspection before putting down your hard earned money.”

This brings Steward to another sticking point that is currently the subject of discussion all over the GTA and GVA markets. “It’s also crucial to have the inspection before you buy, but with the current situation we see many would-be homeowners bypassing the inspection process and foregoing the contingency so they don’t lose the home to another bidder.”

According to Canada’s Global Property Guide, home prices and demand continue to rise in several Canadian markets such as Toronto, Hamilton and Victoria.  “We understand the competitive nature of supply and demand,” said Steward, “Buyers are afraid that if they put in an offer contingent on the outcome of a home inspection, they may lose the home to three or four other bidders who are willing to take the risk of buying the home without that contingency.

We cannot emphasize enough what a big mistake it is to buy any home without having a home inspection. Whether spending $400,000 or $4,000,000 a home inspection is a must. For those that just won’t adhere to this advice, they should immediately call in a home inspector once they take possession of the home to see what’s happening inside of it.”

“Missing major items can cause a lot of issues,” said Graham Clarke, president of CAHPI, Canadian Association of Home and Property Inspectors.

“With such a supply and demand issue,” continued Clarke, “it is a real dilemma for realtors as well.  They want to protect their buyer clients from making a huge mistake which could mean thousands of dollars in repairs later down the road, but they also don’t want to lose the insistent client. They can only do their best to assert their warning on the dangers of buying without a home inspection.”

“This is such an important issue at the moment in so many Canadian markets,” offered Steward, “that we are emphasizing special offers to realtors to have one of our home inspectors come out to the new homeowner right after closing.  If they find problems early enough, repairs can be, hopefully limited to a minimum.

If you are putting up a lot of money to buy your dream home, it’s best to do an immediate home inspection before buying.  But if you can’t or won’t go that route get a home inspection the minute you take possession.  This is the exact time where a new homeowner does not want to have to come up with an additional chunk of money.”