Sixty-five Tours will be offered from Sunday, April 24 until Sunday, October 23. Featured ones include:

Click here for a digital version of this season’s Heritage Toronto Tours brochure which lists all tour dates, times and descriptions 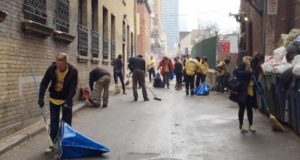