Why GMO (or GE) crops contribute to a better world

Posted by: Bulletin Editor January 12, 2017 Comments Off on Why GMO (or GE) crops contribute to a better world

Genetically enhanced crops help farmers, consumers and the environment. I’ve been a farmer for more than 40 years and have grown genetically enhanced (GE) crops since 1996. We grow corn, soybeans and canola, all of which are GE, and other crops that are not. I’ve seen many benefits as a result of this technology through the years. I don’t consider the crops I grow to be ready-to-eat food, like apples, carrots or potatoes. My crops are more like ingredients to make food products such as margarine, flour and feed for livestock. But it all ends up at the supermarket one way or another.GMO

Government regulators and scientists have questioned the safety of GE crops from the beginning. As a result, these crops have undergone testing far beyond that required for other

new varieties. As many as 2,000 studies have been published on GE crop safety. The results say that the GE crops now grown are as safe as any others—and perhaps even safer.GMO

Farmers have always been stewards of the land, wisely using the tools available to them.The adoption of higher-yielding GE crops has allowed great parts of the world to remain as wildlife habitat rather than being farmed. In addition, in a world facing a growing shortfall in farm production because of urban sprawl, higher yields are increasingly important. Every day, cities swallow up some of the most productive soils in the world. Every day, the world’s population increases.GMO

So farmers must produce more food on fewer acres and that’s not something we can do on our own. We need the help of plant breeding companies to increase crop production.

The discovery of the herbicide glyphosate and glyphosate-tolerant crops changed agriculture. These allowed farmers to control perennial weeds in crops instead of depending on summer-fallowing, which requires that no crop be produced on land for an entire year. Also, the new technology allows farmers to leave post-harvest crop stubble undisturbed, and this allows for more moisture retention and reduced soil erosion due to wind and water. And less fuel is used on the farm because of the reduced soil tillage.

Insects have always been a threat to our crops and our livelihood. A naturally-occurring gene (Bt) introduced to the corn we grow gives the crop genetic resistance to the European corn borer. We once used insecticides to kill the borer but these also killed beneficial insects such as lady bugs. No longer. Bt is pest-specific—it only kills the corn borer. No insecticide is applied and that’s another trip across the field saved.

We strive to leave our land with the same or increased production capability compared to when we started farming. Carbon sequestering in farm soils through no-till and reduced tillage practices results in a reduction of greenhouse gas (CO2) levels in the atmosphere.

So what besides better prices is in all these technological advancements for the consumer?

It turns out that what’s good for me as a farmer is also good for you the consumer—and the land we all live on. And that’s a win-win-win situation.

— Bob Bartley and his family farm near Roland, Man., and grow GMO corn, canola and soybeans.

Previous: Want to be a naked butler? Here’s how:
Next: One in 6 Ontarians left behind in health-care reforms 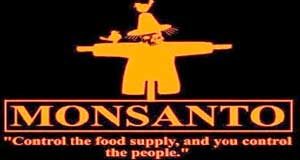 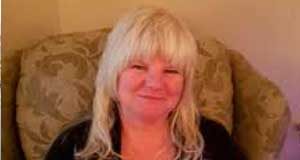