One in 6 Ontarians left behind in health-care reforms

Posted by: Bulletin Editor January 12, 2017 Comments Off on One in 6 Ontarians left behind in health-care reforms

Primary care is the front door to our health system. Whether you’re going for a checkup or have just been diagnosed with cancer, your family doctor makes sure you get the tests, treatment and care you need.health reform fails

But not all family practices in Ontario are created equal.

Over the last decade and a half in Ontario, there has been a transformation around how primary care is delivered. Much of the change has involved how doctors are paid and organized.health reform fails 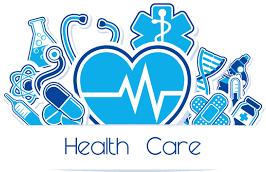 In the early 2000s, most Ontario doctors were paid by the visit (fee-for-service) and ran independent practices. The system was designed for when people went to the doctor because they felt sick. But people are living longer and many have complicated diseases that last a lifetime and require nuanced management.

Canada was lagging behind in access and quality of care, so the Ontario government increased spending on primary care. They gave family doctors large financial incentives to start working in groups and pool their resources to provide after-hours care.health reform fails

Doctors who agreed to join a group were asked to formally take responsibility for patients. The provincial government also offered doctors bonuses if their patients didn’t see family doctors outside the group. There were also bonuses for meeting targets for cancer screening and immunizations.
Some of the doctors in the new groups are still mostly paid by the visit. But just over half in these new groups get most of their income from an annual payment for each patient, based on the age and sex of the patient. It’s the same whether they see the patient 10 times, once or not at all.

In theory, this new payment system gives physicians more flexibility to spend more time with patients if needed and to provide advice by phone or email if that’s more efficient.

Some of the new groups were also allowed to apply for funding to hire other professionals – social workers, nurse practitioners, dietitians and others—to work with them in Family Health Teams.

Now, more than 10.5 million Ontarians have a doctor who works in one of these groups. Quality of care has improved, particularly for patients who are part of a Family Health Team. That’s good news.

But what about the 2.3 million who have been left behind?

In a recent study published in the Annals of Family Medicine, my colleagues and I found that those left behind from group practices receive poorer quality care. They’re less likely to receive recommended screening for cervical, breast or colorectal cancer, and if they have diabetes, they’re less likely to get the necessary tests.

Most troubling is that the patients left behind are more likely to be poor and new to Canada and most live in urban areas.

Our study also found that these patients were getting poorer care even before reforms were introduced. Why?

Joining new groups was voluntary for doctors. Perhaps doctors who were most open to change and were providing better quality care to begin with were more likely to sign up for the new groups.

Reforms were theoretically voluntary for patients, too. But some probably didn’t have a family doctor and likely couldn’t get into one of the new group practices. Instead, they got care from walk-in clinics. Others probably just stuck with the doctor they had – who worked alone and got paid by the visit.

Unfortunately, the gap in health services for those left behind has grown since the health reforms.

The government has pledged that all Ontarians will have access to a family doctor or nurse practitioner close to home. But simply having a family doctor may not be enough.

Our study shows you get better care if you have a doctor who formally enrols patients, pools resources with colleagues to provide after-hours care, and takes responsibility for preventing and managing chronic disease.

Unfortunately, the Ontario government has recently restricted entry into some of the new practice models. But others are still available for physicians to join. We need to understand what’s keeping some doctors from joining the available practice models.

Most importantly, we need to reach out to those new to Canada and those living in poverty to ensure they get equitable care.

No Ontarian deserves to be left behind.

— Tara Kiran is an expert adviser with EvidenceNetwork.ca, a family physician and researcher in the Department of Family and Community Medicine, St. Michael’s Hospital, University of Toronto and an adjunct scientist at the Institute for Clinical Evaluative Sciences.

Previous: Why GMO (or GE) crops contribute to a better world
Next: Global survey rates Toronto a major fintech centre