The top cop who disgraced himself and the Toronto Police Service during the G20 barbarity has been found culpable of discreditable conduct and unnecessary exercise of authority for ordering the kettling and wrongful imprisonment of hundreds both of protestors exercising their rights under the Canadian Charter of Rights and Freedoms and of citizens just legitimately on the street tending to their lawful private affairs. 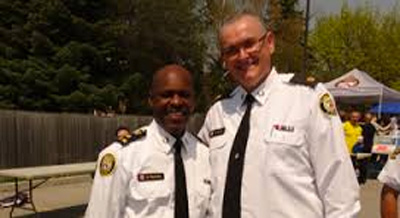 During that disgraceful episode, many Toronto police became the equivalent of rioters and masked assailants (wearing faceguards) as they battered and abused citizens who had a right to be on the streets.

All this was in the aggrandizement of Prime Minister Stephen Harper who selected Toronto as his showpiece to the G20 government elites when a rural location was more sensible. Harper knew G20 events in cities create riot conditions and seemingly longed to exert U.S.-style police rioting against Canadians, especially, perhaps, Torontonians who are least likely to support his Conservative party and mission.

As seems usual in Toronto, the convicted cop will likely get off without a real penalty since he is up for retirement and there is no criminality alleged in that outrageous abuse of power which would be an offence if any non-police citizen did likewise.

The G20 was a hideous event, one that should never be held in a major city in any country unless the powers that be are looking for an excuse to assault citizens.

Further, a considerable sum of $50 million in G20 funding was basically embezzled to enhance the election chances of Tony Clement who is, fittingly, now Canada’s treasurer.

Clement used that G20 money, which was earmarked for Toronto, to spruce up with lots of amenities his Parry Sound-Muskoka hometown (that hosted the simultaneous G8 confab). He was in a hot and tight re-election campaign.

That a U.S.-style police riot was “kettled”within our Downtown streets disgraced the Harper government and Toronto Police Service and was followed by further abuse-of-power disgraces that include the so-far non-charge of a non-cop, a security guard, who this year blasted to death two men in a burger joint.

We’re getting too much like the U.S. That’s not a good thing. Not at all.

Previous: Fear and despair: Greece’s national wealth is for sale
Next: 70-year-old Cabbagetowner to cycle to Mexico for charity 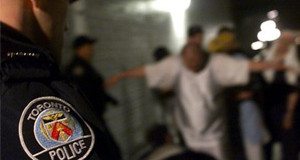