Jason was in Grade 5 when he started having feelings for other boys. Because of those feelings, he was called names, beaten up in school and sexually assaulted. Since high school, Jason has been diagnosed with depression, anxiety, borderline personality disorder and post-traumatic stress disorder. He also attempted male suicide.male suicide

Through the Man-Up Against Suicide project at the University of British Columbia, Jason created an installation project that allowed him to open up about his experiences. 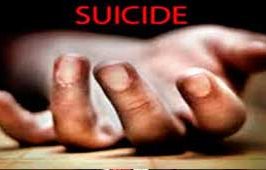 In Canada, men account for three out of every four suicides – with seven men dying by suicide every day. And the risk is even greater for gay and bisexual men.male suicide

Gay men are four times more likely to attempt suicide than heterosexual men. That isn’t surprising since they also experience higher levels of harassment and discrimination in the workplace, and are more likely to be the victims of violent crime.

Evidence suggests that interventions, like the Man-Up Against Suicide project, work to facilitate conversations around men’s mental health. Art allows men to open up about mental illness and suicide. The process of creation can be therapeutic, and the product encourages others to speak out or seek help.male suicide

Art helps destigmatize mental illness. Research has also shown that people are more likely to engage and participate in outreach programs and projects that are held in alternative spaces – by getting away from traditional clinic-based therapeutic settings, programs can help combat self-stigma and shame.

When recruiting for the Man-Up Against Suicide project, there was so much interest that the study had to be expanded to include everyone interested.

Similarly, a theatre piece featuring Canadian Armed Forces veterans who share their stories has been featured across Canada and internationally. The performances have resulted in several audience members seeking help.

Veteran suicides are well documented in the United States with approximately 20 veterans dying by suicide daily. The numbers in Canada are less transparent. A Globe and Mail investigation revealed that at least 71 veterans from the Afghanistan war have died by suicide. But the numbers don’t reveal the true scale of the issue since Canada only releases data for regular force male suicides, not veterans or the reserve force.

However, it’s estimated that nearly 50 per cent of all regular force personnel in Canada will experience symptoms associated with a mental disorder and/or alcohol abuse.

These types of programs take a targeted approach to addressing male suicide – taking into account diverse social factors that put men at higher risk for mental illness and suicide. They work within communities, in collaboration with the men, to create programming that understands the experiences and challenges.

Through the DUDES Club in British Columbia, a program that’s expanding across Canada, men can get together, share stories and address health issues with the support of other men. A documentary highlighting the work of the club demonstrates the importance of community approaches to health care and highlights the need for culturally sensitive men’s mental health services.

When Jason revealed his artwork for the first time, he said he needed people to know the long-term effects of bullying and harassment. The soldiers from the Contact! Unload play said that if they can prevent just one more suicide, then their hard work will have been worth it. Guys attending the DUDES club talk to the benefits of engaging in authentic conversations about their vulnerabilities and strategies for reducing suicide.

Government agencies across Canada need to support and scale up such targeted, community-based programs to advance the mental health of vulnerable men. The benefits will reach many women, children and other men by reducing male suicide.

— John Oliffe is an expert advisor with EvidenceNetwork.ca, a Professor at the School of Nursing at the University of British Columbia. Founder and lead investigator of UBC’s Men’s Health Research program

— Britney Dennison is a research advisor atMen’s Health Research program and is the deputy director of the Global Reporting Centre. She is an award-winning journalist with bylines in the Toronto Star, the Tyee, CTV and Al Jazeera. 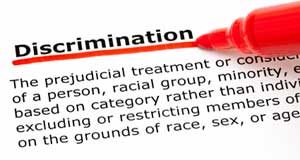 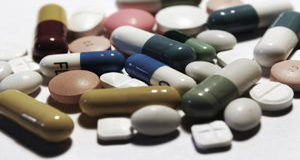