Posted by: Bulletin Editor March 30, 2015 Comments Off on What drugs was Germanwings Co-Pilot Andreas Lubitz taking? 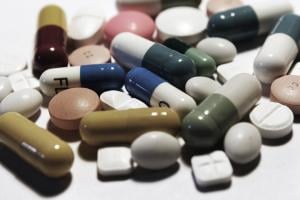 Anybody with an inquiring mind and a bit of common sense already suspects that psychiatric drugs were likely the most important contributing factor in the aberrant Lufthansa airline crash last Tuesday (3-24-15). Many truth-seekers have been frustrated by the road blocks that the “authorities” – including those who manage the media – have inserted that has kept the obvious part of the story out into the open. It has now been seven days since co-pilot Andreas Lubitz intentionally, murderously and suicidally crashed the Germanwings airliner into the French Alps, instantly killing him and 149 innocent passengers and crew members.

What could possibly have been among the motivational triggers that finally made this obviously troubled and angry young man to plan and then execute such a heinous mass murder/suicide? So far the most likely candidate is being cunningly evaded by every entity that has control of the known information.

There has actually been a number of tantalizing details that have been carefully metered out to the press, including the fact that the 26-year-old co-pilot had been in a psychiatric hospital – allegedly for suicidal thinking – years before he qualified for his pilot’s license.

It was also reported that Lubitz had recently been, for undisclosed reasons, “seeing neurologists and psychiatrists” (known for their propensity to use a lot of synthetic brain-altering drugs). It is safe to assume that it was those physicians who prescribed “the plethora of medicines that were taken from his apartment in Dusseldorf and from his parental home”.

The “plethora of drugs” was found by investigators on Day One. But so far, there has been no mention of what precisely were the drugs that were found nor has there been any public comment from the physicians or clinics detailing the reasons the drugs were prescribed. Good forensic psychologists, investigative journalists – not to mention the rest of us heathen – need to know this information.

What Drugs was the Perpetrator Taking or Withdrawing From?

Since Day One, millions of aware folks around the world have been trying, in vain, to get the answer to the common-sense question that needs to be asked whenever irrational acts of violence or suicide occur: “What psych drugs, if any, was the perpetrator of the irrational violence taking or withdrawing from?”

One wonders if the real facts will ever come out. The track record of the American “authorities” in charge of catastrophic events, false flag or not, is not good. (Think about how the “authorities” handled – in deep secrecy – the assassinations of JFK, MLK, RFK and Paul Wellstone. Think about the “authorities” and the media who are shamefully ignoring the 90% of school shooters that had been taking brain-disabling and violence-inducing psych drugs over the past 30 years (drugs that had never been approved for use in children).

Think about the massive cover-ups that we got from the official commissions that White House insiders appoint to investigate assassinations and other calamities, especially the Warren Commission that covered up the fact that there was a conspiracy to kill President Kennedy and then the mother of all conspiracies and cover-ups, the 9/11 Commission that shamefully ignored the massive scientific evidence and witness testimony that proved a conspiracy that planned and then brought down, by documented controlled demolition, the three (not two!) WTC towers on 9/11/01.

Consider also the shameful media black-out of the well-advertised public testimony of dozens of haunted Vietnam veterans (including John Kerry) back in 1971 when they courageously came before cameras and movingly testified about the atrocities that they had committed or observed while they were “serving” in Vietnam. And consider the media black-balling of the courageous, equally tormented military veterans who also testified about US military atrocities in their MidEast wars just a few years ago.

The US media also shamefully refused to attend and report on the 1999 court trial at which a Memphis jury totally absolved James Earl Ray of the assassination of Martin Luther King and simultaneously implicated a variety of government agencies (CIA, FBI, US Army) and local Memphis police members of the conspiratorial deed. With that track record, how can anybody unequivocally trust those who are in positions of power?

As Per Usual, the Truth About Lubitz will Embarrass a Lot of Powerful Entities

There are a lot of powerful and profitable entities that could have their reputations besmirched if or when the raw truth about the Lufthansa crash ever comes out, not the least of which are the giant pharmaceutical corporations that manufactured and cunningly marketed their toxic (and always inadequately tested) products that Lubitz had been taking or withdrawing from. We need to know which one he took.

But the “authorities” have been staying mum. Eventually the “authorities” – instead of full disclosure that would be a good teaching moment (that would go a long way towards prevention of future incidents) – will probably claim “patient confidentiality” when the truth of the matter is that the claimed “confidentiality” will be protecting prescribing physicians, clinics, Big Pharma, and Big Insurance. I would like to think that the journalists who are supposed to get all the facts and then report them are simply ignorant of the well-established fact that most, if not all, psychotropic drugs can cause violent, homicidal and self-destructive behaviors. (See the Appendices below.)

A List of Questions That Need to be Answered

So I submit the following list of questions that need to be answered, hopefully long before the case is prematurely deemed by the powers-that-be to be closed:

1) “What were the specific drugs Lubitz was taking and in what cocktail combination had he been taking them?

2) How long had he been taking the offending drugs?

3) What dosages had he been prescribed?

4) Had Lubitz had a CYP450 2D6 assay done before he started taking his drugs (CYP450 is the complex of hepatic enzymes that metabolizes drugs and the absence of the 2D6 component (which occurs in 6-10 % of Caucasians – see (http://en.wikipedia.org/wiki/CYP2D6) and would have made him an unknowing victim of serious, potentially fatal, drug intoxication and irrational behaviors, like ordering two new unaffordable Audis days before his suicidal act!

5) What drugs, if any, might he have been withdrawing from? And

6) What were the reasons behind his physicians prescribing neurotoxic drugs?

Depressed People Tend to Hurt Only Themselves; Adding Brain-disabling Drugs May Make Them Want to Hurt Others as Well

Dr Peter Breggin is a practicing psychiatrist, author (of Toxic Psychiatry, Medication Madness and Brain-Disabling Treatments in Psychiatry, among many other books) and an expert in clinical psychopharmacology. He is considered the father of ethical psychiatry. He has often said that, by and large, people that have a depressed affect may sometimes feel like hurting themselves, but they are unlikely to want to harm anybody else, unless they have been seriously humiliated by their targeted group or individual or their brains have been intoxicated and disabled into irrationality by brain-altering substances like alcohol, illicit street drugs or the activating, agitation-inducing prescription SSRIs or psychostimulants.

So I leave readers to ponder the information in Appendix A below about what is currently known about the Lubitz case. I have gleaned these quotes from the major media reports that Google has placed at the top of its most favored links, which are mostly major print and wireless outlets that, incidentally, probably take advertising money from the pharmaceutical and airline industries, two of the many giant multinational industries that prefer to hide behind their boardroom walls whenever the lethal toxicity of their flawed products or procedures becomes newsworthy.

Further below are lists of widely published (in the professional literature) and commonly known adverse effects of psychotropic drugs (or their withdrawal symptoms) about which readers will want to educate themselves as they try to draw their own conclusions about this case and the many other bizarre acts of violence that can often be linked to the use of brain-disabling prescription drugs. For my last column on drugs and violence, including a list of some of the recent school shootings and the drugs involved, click here.

What the Media is Telling Us About the Humiliation, Shaming, Embarrassment, Bullying and Fear That Lubitz was Exposed to:

“Lufthansa pilots began the first of two days of strike action on Wednesday (March 18) in a long-running dispute over early retirement benefits and the carrier’s cost-cutting plans which show no sign of ending.”

“He became upset about the conditions we (airline employees, including his airline hostess ex-girl friend) worked under: too little money, fear of losing the contract, too much pressure. …he would wake up from nightmares, screaming ‘we are crashing’.”

“A former partner described him as a tormented, erratic man who was a master of hiding his darkest thoughts and would wake up from nightmares screaming ‘we’re going down’.”

Lubitz told his ex-girlfriend last year: ’One day I will do something that will change the whole system, and then all will know my name and remember it.’

Lubitz showed “increasingly erratic and controlling behaviour which made her fearful for her own safety during his rages.” “He had problems with mood swings.”“Lubitz had reportedly ordered two new Audis for them (his fiancé and him) just before the tragedy in an apparent desperate last attempt to win her back. But she appeared to have rejected his offer, as only one car was ever delivered.”“It is not known why they split but it has been claimed their relationship broke down because he was secretly gay and was suffering torment over hiding his homosexuality.”“One report claimed he was taunted by fellow pilots for previously being a ‘trolley dolly’ airline steward and dubbed ‘Tomato Andy’ – a derogatory gay slur – by colleagues.““Bild said that the 27-year-old co-pilot had been treated by ‘several neurologists and psychiatrists’.”

“The German weekly Welt am Sonntag revealed on Saturday that police have discovered drugs used to treat psychological disorders and proof of a serious ‘psychosomatic [sic] illness’ of co-pilot Andreas Lubitz, who is thought to have deliberately crashed a Germanwings Lufthansa passenger jet on Tuesday into the French Alps, killing 150 people.”

“Officers reportedly found a variety of drugs used to treat mental illness at his flat in Dusseldorf, appearing to substantiate claims he was severely depressed.”

“Medical documents that suggested an existing illness and appropriate medical treatment. They also found torn-up and current sick-leave notes, among them one covering the day of the crash.”

“The disintegration of his eyesight, according to investigators, fuelled his chronic anxiety that his flying career – the career he lived for since he was a teenager – was coming to an end.”

FDA-approved, legalized, brain-disabling psychotropic drugs are also well-understood (except by poorly-informed patients and all-too-often their prescribing practitioners) to cause potentially serious adverse effects. The increasingly popular (partly because many of them are addictive or dependency-inducing and cause serious symptoms if the patient tries to stop the drug abruptly) drugs can be categorized roughly into a six groups. The drugs in those groups have seemingly been handed out like innocuous candy in developed countries like the US for several decades now. 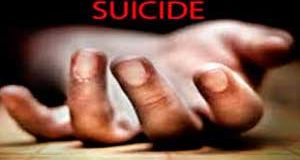