Setting the table for a radically different food guide

Posted by: Bulletin Editor December 7, 2016 Comments Off on Setting the table for a radically different food guide

Food guides count. Canada’s Food Guide is a big deal – but it can be much more influential. On the whole, the guide is a symbol Canada’s food-related values. Public institutions, schools, universities and community-based organizations look to it to reflect our fundamental nutritional principles.

But past guides have failed us. Health Canada says that more than 60 per cent of Canadians are overweight and four out of five are at risk of developing heart disease.

These disturbing statistics justify a call for major changes. Just blaming the food guide may be an exaggeration but the guide didn’t help.

Health Canada is working on a new guide – and excluding some previous partners in the process. The federal agency has shut out lobbyists and industry pundits from consultations for the next edition of Canada’s Food Guide. 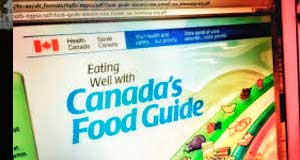 This is welcome news for some, but it’s a message we’ve heard for several decades, by successive governments. In fact, it’s always challenging to outright exclude anybody from a very public process, no matter who sits on the working committees. The food community is small and many individuals have long relationships with key groups. So Health Canada’s plan to eliminate the food industry’s influence is impractical at best.

Industry has been involved in creating the food guide for decades. The first guide, produced in 1942, was intended to increase wartime demand for Canadian commodities. Acute food security concerns were addressed to make Canada a food-sovereign nation, since agricultural embargoes were more common then.

But the modern food economy is much more open. And as food geopolitics shifted, so did consumers’ choices and expectations. The role of industry has changed as well.

Measured industry input could contribute greatly to the modernization of the food guide. Such information would include logistical challenges, research and development constraints, recent trends, the realities of food distribution and competitiveness.

It’s misguided to suggest that industry’s input into the guide is or would be malicious. Certainly industry seeks to make a profit but it’s also there to feed us. And it can draw the line between what is economically possible and the arbitrarily ideological.

In the past, commodity-driven recommendations, supported by weak science, were incorporated in the guide.

For example, encouraging Canadians to have two cups of milk a day is absurd. The Dairy Farmers of Canada may not like this, but Canada is different in 2016. Canadian milk consumption per capita has dropped steadily over the last 30 or more years. Many immigrants just don’t drink milk. Many other consumers suffer from intolerances and allergies. So the food guide should embrace other calcium-rich products like tofu, almond butter and green vegetables.

However, our closed dairy supply system is at odds with many other food industry sectors. That means expanding recommendations beyond dairy could be politically risky. Should the next food guide not encourage Canadians to drink more milk, that industry will most likely retaliate, regardless of whether they are involved in the consulting process.

Meat consumption is the other elephant in the room. The guide needs to reflect a recent Dalhousie University study that suggests that 37 per cent of Canadians actively seek a variety of protein sources.

The next food guide should be about sound science, without political manoeuvring.

But that doesn’t mean industry should be kept out of the process entirely.

What matters is how the guide will resonate with citizens and how it can be used. The current version is really a tool for dieticians, not for regular consumers.

Perhaps Canada needs two guides: one for professionals and one for regular consumers. Both would pursue similar outcomes, but the messages would be articulated differently. For example, the consumer version would need to reflect the economics of eating properly, particularly for those without means.

Celebrating Canadian food cultures will also be imperative in the next guide. Merely considering what Canadians should eat is no longer enough. Food is about sharing, celebrating and connecting. So the context in which food is consumed should be addressed.

With or without industry’s involvement, many will remain skeptical until we see the end product. We know the next version of Canada’s Food Guide can be much more influential but will it be? 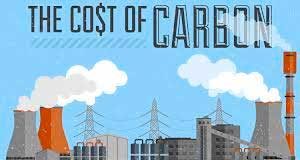 Orange was the colour of the election, not the NDP