Posted by: Bulletin Editor December 8, 2016 Comments Off on Carbon pricing a triumph of ideology over reason

Canada’s political and business leaders are pursuing an emissions-reduction (carbon) agenda that will harm our nation’s citizens and our economy. And it’s an agenda that defies prevailing world trends.

The COP 22 Marrakech Climate Change Conference began on Nov. 7 and included pro-emissions-reduction delegations from Canada and the United States. 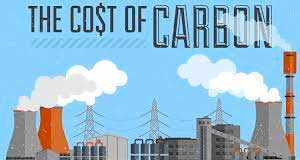 Imagine their shock when, just 24 hours later, they learned that Donald Trump is the next American president. Trump believes that man-made global warming is a “hoax” perpetrated by China and other countries wanting to steal American jobs.

The Africans’ only objective at COP 22 was to convince others to buy carbon credits in return for their promises to plant or avoid cutting a few trees, with dubious results once the cash is paid.

So who’s left to save the planet from the predicted global warming Armageddon?

Just the European Union, Japan and Australia, with a combined global emission share of 15 per cent.

And, of course, Canada, with our minuscule 1.6 per cent emission share.

Prime Minister Justin Trudeau has anchored part of his “Canada is back” rhetoric to fighting global warming. All his mandate letters to cabinet ministers has emissions reduction as a headline item. Tellingly, there was scant mention in those letters of stimulating private sector investment to drive economic growth.

And Trudeau’s recent announcement of a national carbon tax isn’t the only measure hitting consumers and businesses. Note the provincial subsidy programs for green power producers that drive up electricity rates. These measures impose a dead weight on an already-struggling economy.

Adding to that economic burden is Trump’s avowed intent to rework the North American Free Trade Agreement (NAFTA), which accounts for 90 per cent of our trade. There couldn’t be a worse time to hand another competitive advantage to the Americans.

Pricing carbon has always been based on the notion that, while Canada’s emissions are small, we should do our part of a worldwide effort.

But going it alone while our trading partners refuse would be a triumph of ideology over reason.

We expect that from political leaders. But at least business could usually be counted on to herald the dangers of those leaders’ ill-advised paths.

So imagine my surprise when a recent morning’s news carried a “Letter to First Ministers from Major Business and Civil Society Leaders,” many of whom I know and respect. It offered support for “putting a price on carbon” and reads as if the signatories went to bed the night after the COP 22’s opening and woke up oblivious to the political earthquake south of the border.

The statement alleges, “The world’s most advanced players are hard at work forging cleaner, more innovative economies fuelled by a desire to compete in a changing global market place.” With less than 17 per cent of global emissions being restrained?

The statement adds, “Clean technology companies can tap into a fast-growing global market.” A growing market it may be but not for Canadian manufacturers. Take wind power, the darling of the green energy advocates. Five of the top 10 wind turbine manufacturers are in China. America’s GE Wind is the next largest manufacturer. Ontario’s disastrous green power plan has driven electricity rates in Canada’s manufacturing heartland from among North America’s lowest to the very highest.

Piling on a carbon tax will make certain that the beneficiaries of that “fast-growing global market” will not be Canadian workers. Far from being a visionary effort to build a “high performance economy,” the statement reads like an economic suicide pact.

The most important responsibility of political and business leaders is to create an environment for Canadians to gain productive employment and continue to enjoy living standards that are the envy of the world.

It’s time for our leaders to heed that 17th century Latin admonition to medical students, premum-non-nocere. Translation: First, do no harm.

— Gwyn Morgan is a retired Canadian business leader who has been a director of five global corporations.