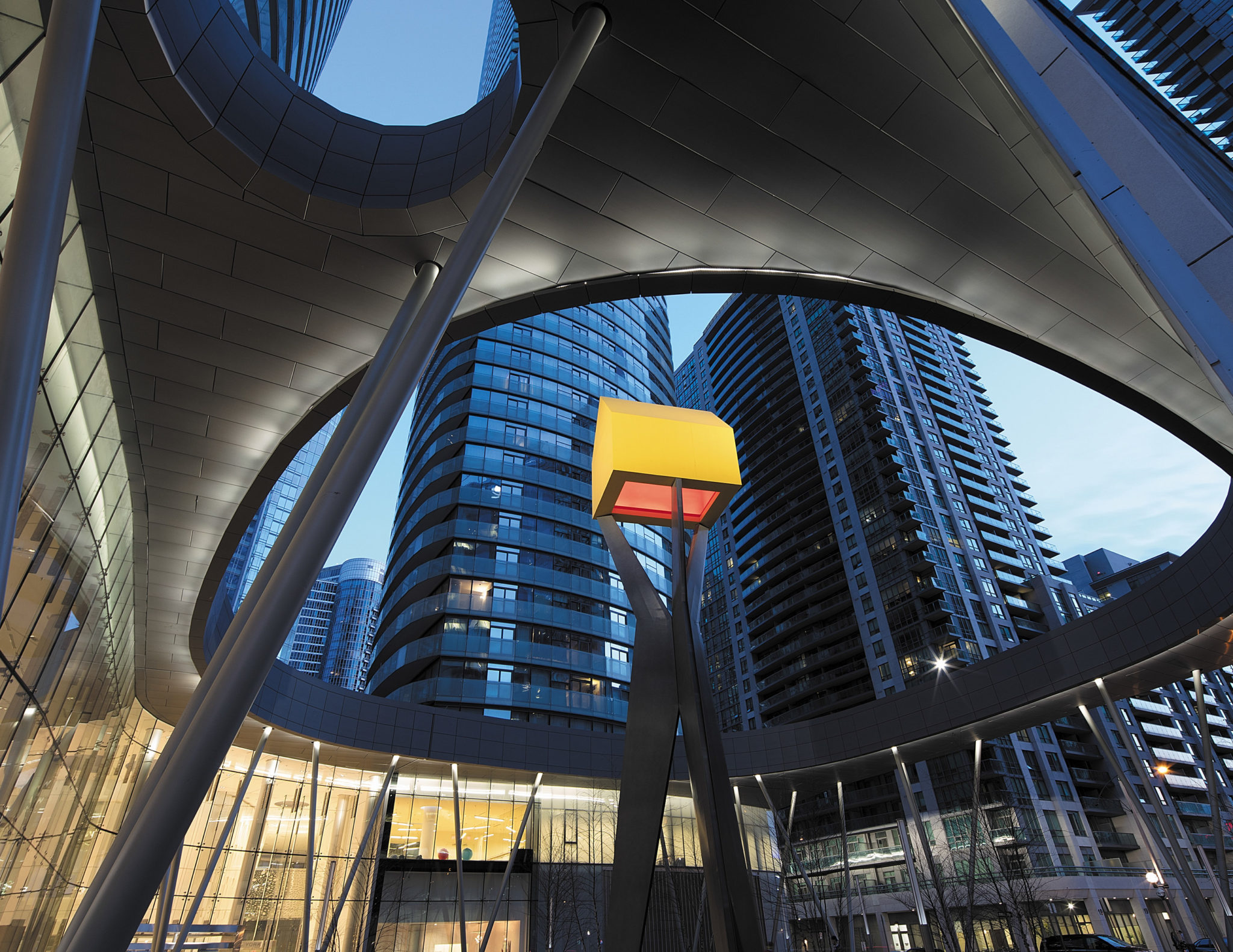 The introduction of the art installations, identified in the condominium project’s initial master plan, was the latest milestone in the ongoing invigoration of the Southcore.

“This area is rapidly developing as the new business, residential and entertainment hub of Toronto,” said Mark Mandelbaum, chairman of  Lanterra. “And now, with this exciting art installation, the ÏCE condominiums will serve as home to a range of impressive public artworks featuring Canadian and international talent.”

The Southcore area continues to witness considerable growth and investment in the 10 years since Cadillac Fairview first partnered with Lanterra to develop Maple Leaf Square. Last month, Cadillac Fairview announced the on-spec development of a 32-storey commercial office tower at 16 York Street as further confidence in the future potential of the area.

“We have always recognized the important role of art in creating a sense of place which is both expressive and meaningful,” said Wayne Barwise, Cadillac Fairview’s executive vice president of development. “By making world-class displays accessible to all who live, work, dine and visit here, we will consciously contribute to creating a stimulating environment and a vibrant community.”

About the Art Installations:

“Dream House” was conceived by the team of Turner Prize nominee, Vong Phaophanit and his artist wife and collaborator, Claire Oboussier. The installation takes the form of a diminutive yet powerful three-dimensional ‘house image,’ perched atop a mighty sculptural ‘stilt’. The piece is situated off-centre in the ÏCE courtyard, set slightly towards the northwest. Its scale is such that it projects up into the opening of the green roof canopy so that the 3D ‘house image’ hovers within this oasis space.

Dream House is visible from the ground level of the Plaza, from the dwellings above overlooking the green roof canopy and from the highway south of the site. During daylight hours Dream House is a monumental object with multiple interpretations of “homes” and “belonging,” as Toronto is ‘home’ to almost all of the world’s cultural groups.

Toronto based David Trautrimas is the creator of “Next Exit / Local Traffic,” a two part public art installation that integrates key elements of the local area to create site responsive artworks.

“Next Exit,” inspired by the architecture of the Gardiner, is a group of benches located in the outdoor courtyard of ÏCE Condominiums. The base of the bench is informed by the geometry of the support columns, the black granite seat and stainless steel backrest reference its asphalt surface and guard rails. By shrinking down the immense size of the Gardiner and making it a bench, its imposing stature becomes intimate and relatable.  Instead of being associated with commuting or traffic, this suitable version becomes a signifier of being at home; a place where you can rest, put your feet up and listen to a podcast, read a book, or just sit and contemplate.

“Local Traffic,” situated in the vehicle-free linear parkway between the Gardiner and ÏCE Condominiums, is a large stainless-steel screen that forms a dialog between the currently dominant car culture and growing walkability of the area. Local Traffic takes tire tread patterns and increases them to the height of a person. This shift in scale reflects the increased opportunities for observation and engagement when navigating the neighbourhood at the pace afforded by walking or biking.

Both projects were fabricated by Toronto based fabricator, Soheil Mosun.

Public art for ÏCE is one of the Section 37 benefits provided by the developer in response to the Percent for Public Art Program through their planning negotiations. The project was managed by Public Art Management.

Previous: Italian superstars attend film festival opening
Next: What are you missing? 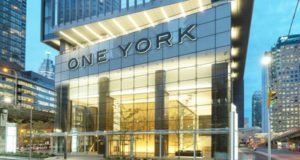