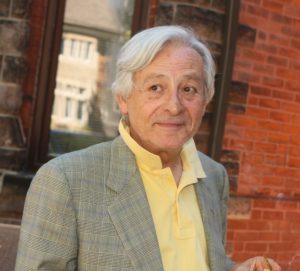 Two Italian Superstars attended the Italian Contemporary Film Festival (ICFF) opening in Downtown Toronto in support of films at the TIFF Bell LightBox as part of the festival.

Paola Cortellesi has joined us for this year’s Italian Contemporary Film Festival (ICFF)! 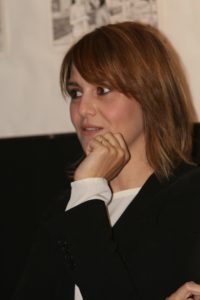 She is gorgeous, talented, and beloved by fans, but it’s hard to imagine a more gracious, unpretentious superstar than Italian actress Paola Cortellesi. She’s #13 on Ciak Magazine’s 2016 Power List, the star of dozens of crowd-pleasing and award-winning films and described as “one of the best Italian voices!”

Paola began as a singer at age 13 and went on to become a popular comic actress on television, where she showcased her particular talent for impersonations. Since 2000 she’s starred in some of Italy’s funniest and most successful movies, early on in the title role of Aldo Giovanni and Giacomo’s Tu La Conosci Claudia? (Do You Know Claudia?) As Claudia, she’s hilarious playing the girl that literally everyone in the movie loves and wants.

Lately Paola’s career has been on fire, starring in two successful films that will be screening at the ICFF, her husband Riccardo Milani’s Mamma o Papà?, and Cristina Comencini’s Qualcosa Di Nuovo. In Mamma o Papà, she stars with Antonio Albanesi as a divorcing couple in the middle of a custody battle; the twist? In this custody battle, neither parent wants custody. In Qualcosa Di Nuovo, Paola stars with Micaela Ramazzotti and plays Lucia, a middle-aged woman who has shut herself off to the possibility of love after a big heartbreak, and has a fling with a handsome 19-year-old guy.