Who hasn’t heard of the “Mayflower”, the ship that brought pilgrims to the U.S. in 1620? What is rarely known is that towards the end of that voyage, it was necessary to ration beer, and some pilgrims died as a result. In those days beer was safer to drink than water. It’s still a safe drink when used moderately, but excessive amounts can cause cirrhosis of the liver. And how many know that too much food can also cause nonalcoholic fatty liver disease (NAFLD) in young people, and eventually require a liver transplant?

Today, the worldwide epidemic of Type 2 diabetes is well known. But liver disease rarely gets headlines. Yet, according to the American Liver Foundation, and some experts, 10 percent of all children, particularly those with belly fat, and half of those who are obese, suffer from NAFLD.

This should not come as a surprise to anyone who isn’t blind. Walk around   any super market and witness obesity in adults. Then see how often their children are obese. The end result is that children are now developing adult diseases because of too many calories.

The Gifford-Jones Law states that one medical problem often leads to another and another. In this situation, as fat builds up in the liver it becomes inflamed. Scarring occurs just as it does in alcoholic cirrhosis, and this may lead to either liver failure or malignancy.

It’s ironic that excessive amounts of food can cause the same microscopic findings in the liver as alcohol. In fact, pathologists say that these changes are indistinguishable.

It’s also tragic that experts predict it will not be too long before NAFLD will be the top cause of liver transplants. The next problem is there are not enough livers to supply the need. Moreover, we have already reached the point where our health care system is crying for more money.

The good news is that if NAFLD if suspected before inflammation and scarring occurs, it can be reversed by weight loss.

But here’s the bad news. Doctors dealing with this problem say that children with NAFLD often return to the clinic heavier. And that only one in four loses a significant amount of weight.

Moreover, the majority of children and adults with NAFLD go undiagnosed for years as it’s a slow silent killer. The only definitive diagnosis is by liver biopsy. A blood test of liver enzymes can identify those developing this condition.

So we have to get over the idea that only alcohol causes liver damage. In fact, in the past, adult patients were thought to be lying when they denied consuming alcohol.

It’s often said that heart attack tops the list as the most frequent cause of death. But I’ve claimed for years it’s really obesity, as it leads to so many medical complications that shorten lives.

The secret for longevity remains the same. Following a healthy lifestyle early in life and sticking with it. Too many attempt it unsuccessfully at the end of life.

Add it all up, and it’s moderation throughout life that wins the day. Just consider alcohol. At least 20 studies show that moderate drinkers live longer than either teetotalers or alcoholics. Alcohol lowers blood cholesterol and decreases the risk of a fatal blood clot.

So beer in moderation never killed anyone on the Mayflower, or anywhere else. In fact, beer contains no cholesterol, fat, triglycerides, sugar, and is low in sodium. It also contains vitamins, calcium for bones, potassium to lower blood pressure and magnesium to regulate the heart’s rhythm.

The government doesn’t prevent the sale of cars because some idiots drive too fast. Yet ironically, and possibly criminally, it prohibits beer and liquor companies from stating that moderate drinking is a healthy habit.

My advice. Buy a bathroom scale and step on it every day. This will help to keep you a moderate consumer of food, alcohol, and exercise. But, if the scale continues to show increasing weight?

How important are new tests to diagnose and treat disease? Or improved surgical techniques, speedier emergency care and doctors specializing in various fields of medicine? The fact is that all improvements in medical care make life easier for patients and save lives. But a long overdue English report shows the family doctor (FD) also helps to prolong life.

Sir Denis Pereira Gray, former head of the Royal College of General Practitioners, spear-headed research that analyzed 22 different studies. His conclusion, published in the British Medical Journal, claims that a long-term FD who knows you inside and out decreases the risk of early death by up to 53 percent. So, in this era of heart transplantation, medical advances, and drug therapy, the FD remains the solid bedrock of patient care.

I admit to some bias. Following my internship, I spent several months as a family doctor while a colleague was recovering from a heart attack. It was a great learning experience as he was always available to discuss difficult cases. I learned he was not only a great observer of human behaviour but an astute diagnostician. We became life-long friends.

After this experience I gave this advice to my wife. I told her that if I were acutely ill, and several specialists were debating the best treatment, I wanted this FD to make the final decision. I knew he would not agree to questionable treatment, that good sense would prevail, and my life would not be prolonged for no good reason.

During my first year at The Harvard Medical School, I arrived home to find my father critically ill. He had been travelling, complained of abdominal pain, and a doctor he consulted failed to suspect appendicitis. A speedy diagnosis by his family doctor on return resulted in immediate surgery to remove a ruptured appendix. This made the difference between life and death.

I’ve never forgotten another case. I had completed a surgical operation and later returned to the recovery area to check on my patient’s condition. I noticed there were several anxious-looking doctors debating about another patient’s breathing following gallbladder surgery.

The surgeon believed the patient had a pulmonary obstruction and required an emergency tracheotomy to save his life. An ear nose and throat specialist was also asked for an opinion. He agreed this procedure was urgent.

As the patient was being moved to the operating room, his family doctor   luckily appeared on the scene, and was told of their decision. So he too listened to the patient’s breathing. He then looked at the specialists and remarked, “I’ve known George for 40 years and he’s always breathed this way”. The surgery was quickly cancelled.

A family doctor can also save patients from questionable and potentially dangerous tests. Today, many patients do not realize that one CT scan exposes them to the same amount of radiation as 500 routine X-rays of the lungs! Or 1.000 dental X-rays!

For instance, in 1980 three million CT scans were done in the U.S. Today it’s over 80 million. Experts claim that one-third of these scans have very little medical value. A family doctor may decide that an ultrasound or MRI will provide the same information without any exposure to radiation. Today, radiation is not a minor problem.

Even radiation specialists believe that some patients develop malignancies later in life from excessive radiation. A long-term family doctor, who has a record of the patient’s radiation exposure, is more aware of this possibility than a physician in a “walk-in medical center” who knows little of the patient’s past medical history.

Consider what happens when serious illness strikes and a specialist’s care is essential. This is when, as on many other occasions, family doctors become vital. Now you want the best of care and hopefully another compassionate physician. The trusted family doctor is the best person to direct patients to it.

Add it all up and long-term family doctors are worth their weight in gold. They work long hours and rarely receive the praise they deserve.

I will be eternally grateful to the family doctor who saved my father’s life. And George will never know how close he was to a needless operation. 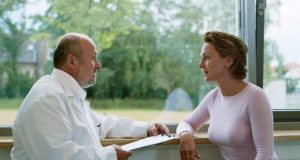 Hormone replacement therapy and you