Posted by: Bulletin News May 3, 2017 Comments Off on Bell in Brief: Hutchinson Block still stands on Wellington

John Hutchison was born in Scotland in 1817 and moved with his parents to Montreal in 1828.

He went on to be employed with the mercantile firm of Torrance and Co. and in 1847 he came to Toronto where he opened an importing business on Church St. just north of Front.

For the next ten years (as his business grew) Hutchinson started to take on an active part in the political and social affairs of the city.

He served as alderman for St. James Ward and was a director of the Toronto and Sarnia Railroad Company as well as the Metropolitan Gas and Water Company.  In 1857 he was elected Mayor of Toronto.

He also became a successful dry goods merchant and in 1854 on Wellington Street (across the street from present day Berczy Park) he constructed a block of buildings that he named for himself. The Hutchinson Block still stands today. 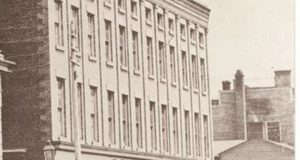 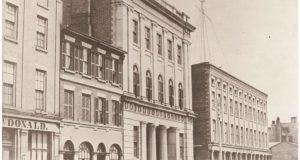 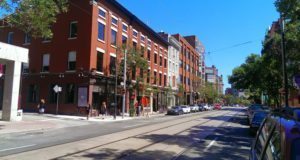