Adam Vaughan votes for Bill C-51 against wishes of Canadians

Posted by: Bulletin Editor May 7, 2015 Comments Off on Adam Vaughan votes for Bill C-51 against wishes of Canadians

MP Adam Vaughan (L-Trinity Spadina) voted “yes” on Bill C-51. It doesn’t represent what Canadians want. It is reactionary policy to a few isolated incidences. I am 30 years old and this more than anything has gotten mine and my friends’ attention.

I will be volunteering with the NDP candidate in my riding for the federal election. I am not comfortable with secret court hearings, spying on citizens, even more power for CSIS with less oversight. I also want proportional representation of votes in parliament. The NDP and Green Party deserve more of a voice and it’s unfair that the people who vote for them are ignored.

I was told the Liberals would support the bill with amendments. The conservatives made none of the amendments, and the Liberals all voted “yes” anyway. I assume this is to position themselves in the federal election as wanting to make changes Harper refused to.

Frankly, I’m sick of the greed, corruption, and entitlement of these people… I want transparency. I want real accountability. I’m incredibly discouraged and embarrassed of the direction we just keep going.

I encourage each and every Canadian to learn more about our right to privacy at OurPrivacy.ca

Orange was the colour of the election, not the NDP 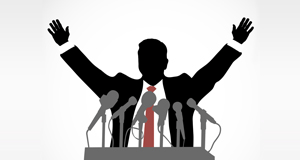 How Canadians can profit on the Liberal victory