Posted by: Bulletin Editor May 11, 2015 Comments Off on Corporate rule under neoliberalism plagues post-election UK

People in the UK, people woke up to their first week of a five-year rule under a Conservative majority government. It’s been the first time the Tories have managed to form such a government since 1992. Only 37 percent of those who bothered to vote actually voted Conservative. In fact, the current administration is in government with 24 percent of support from all those who were eligible to vote.

Under the UK’s ‘first past the post system’, the Scottish Nationalist party gained 56 seats with 4.8 percent of votes cast. The Greens gained one seat with a share of 3.8 percent. Under a system of proportional representation, the Greens would now have 25 seats in the new parliament. With the current system, a party could theoretically gain the most number of seats nationally but fail to gain a single seat. This is the nature of the ‘democratic’ voting system in the UK. 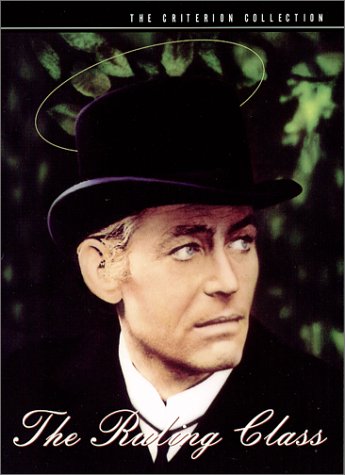 What the UK now has in store is five years of an ideologically driven administration that will push through its welfare-cutting, pro-privatisation policies wrapped up in talk of a need for austerity and presided over by a millionaire-dominated cabinet which represents the interests of the richest echelons of global capital.

Out of those who voted Tory, a good deal comprised people of relatively modest means: people who will have been led to believe that ordinary people’s interests equate with the ‘national interest’ as defined by Tory politicians. These are people who for some strange reason believe that more privatisation, more deregulation, more austerity, more inequality, more concentration of wealth and more attacks on the public sector will be good for them as individuals and good for the economy.

The acceptance of this ideology is not just down to Tory methods of persuasion but is also due to its perpetuation by the corporate mainstream media and the other main political parties, which have fully embraced neoliberalism. However, many people feel that the Tories can be best trusted to see through such things, unlike Labour (Tory-lite) or the Liberal Democrats who might mismanage, waver or may not be quite as committed to the neoliberal cause. As a party by the rich, for the rich of and of the rich, they may have a point.

What we can now expect to see is the attempted completion of a project that had begun under Thatcher in the eighties: the complete subservience of ordinary working people to the needs of powerful corporations, the tax-evading corporate dole-scrounging super rich and the neoliberal agenda they have imposed on people. And key to securing this is the Transatlantic Trade and Investment Partnership (TTIP).

The European Commission tries to sell TTIP by claiming that the agreement will increase GDP by one percent and will entail massive job creation. These claims are not supported even by its own studies, which predict a growth rate of just 0.01 percent GDP over the next ten years and the potential loss of jobs in several sectors. Corporations are lobbying EU-US trade negotiators to use the deal to weaken food safety and restrictions on GM food and agriculture as well as labour, health and environmental standards, among other things. Through certain regulatory and investor trade dispute stipulations, the outcome would entail the by passing of any existing democratic processes in order to push through the ultimate corporate power grab.

This proposed trade agreement (and others like it being negotiated across the world) is based on a firm belief in ‘the market’ (a euphemism for subsidies for the rich, cronyism, rigged markets and cartels) and the intense ideological dislike of state intervention and state provision of goods and services. The economic doctrine that underpins this belief attempts to convince people that they can prosper by having austerity imposed on them and by submitting to neo-liberalism and ‘free’ trade: a smokescreen the financial-corporate elites hide behind while continuing to enrich themselves.

Current negotiations over ‘free’ trade agreements have little to do with free trade. They are more concerned with loosening regulatory barriers and bypassing any current democratic processes that hinder their profits. These deals could allow large corporations to destroy competition, enforce privatisations and secure lucrative government procurement markets and siphon off wealth to the detriment of smaller, locally based firms and producers. We see this from TTIP, to the US-India Knowledge Agreement on Agriculture, CETA, TPP and beyond.

Cameron: handmaiden to the rich

Whether based in New York, London, Berlin or Delhi, the planet’s super rich and their corporations comprise a global elite whose members have to varying extents been incorporated into the Anglo-US system of trade and finance. For them, the ability to ‘do business’ (exploit labour – or automate – and make profits) is what matters, not national identity or the capacity to empathise with an ordinary working person that was born on the same land mass and who will lose their livelihood.

Notions of the ‘national interest’ that governments churn out are merely rhetorical devices to be used to rally the masses. And notions of being ‘against the national interest’ are used to curtail of destroy dissent, as we currently see happening with Greenpeace in India.

In order ‘to do business’, government machinery has been corrupted and bent to serve their ends. In turn, organisations that were intended to be ‘by’ and ‘for’ ordinary working people to challenge capital have been successfully infiltrated and dealt with.

The global takeover of agriculture by powerful agribusiness, the selling off and privatisation of assets built with public toil and money and secretive corporate-driven trade agreements represent a massive corporate heist of wealth and power across the world. 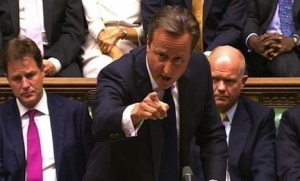 Whether it concerns rich oligarchs in the US or India’s billionaire business men, corporate profits and personal gain trump any notion of the ‘national interest’. 300,000

dead farmers in India who killed themselves or the ranks of the unemployed in Spain or Greece are regarded as mere ‘collateral damage’ in what is ultimately a war on working people and the environment itself.

Looting economies for personal gain is disguised as ‘free trade’. Austerity is sold as ‘growth’. Massive profits is ‘wealth creation’. Ecological degradation is ‘progress’. From Obama in the US to Cameron in the UK or Modi in India, their neoliberal agenda betrays them as handmaidens to the rich.

In Britain expect to see militarism, brutality and imperialism continuing to be sold under the banner of ‘humanitarianism’ and ‘democracy’. Expect more cronyism, an increasingly wider revolving door to facilitate the flow between private interests and government, more insidious lobbying by big business and a continued free for all in the corrupt City of London.

Some 11,334,000 voted Conservative in the UK last Thursday. The other 53 million in the country now face having deal with the outcome for the next five years.