Posted by: Bulletin News July 8, 2016 Comments Off on Mayor John Tory’s pipedream of a subway may become the taxpayers’ nightmare

A ray of sunshine has broken through the clouds of doom that still surround our city’s convoluted, confusing and endlessly debated public transit plans.

On June 19, the Toronto Transit Commission (TTC) opened traffic on its first new streetcar track in 16 years! It is the south extension of a new, 514 supplementary King Street East line. It runs down Cherry Street bordering the popular Distillery District.

(See the transit map at the end of this article.)

The extension is less than 1-kilometre long with three stops and ends at the railway tracks north of Queens Quay. In the future (when?) it will connect to the planned-but-not-yet-funded Light Rail Transit (LRT) line along Queens Quay East from Union Station to the vast Portlands still awaiting future development.

A novel feature of the Cherry streetcar is that runs along one side only of the street, not in the traditional middle. This is like the new Queens Quay West streetcar line. The advantage for passengers is they avoid crossing part of the street to enter and leave the streetcar. Also cars do not have to stop for streetcars. It appears a win-win situation.

The present long 504 King streetcar route has become the most crowded of all streetcars in the city. It carries 65,000 passengers daily, almost as many as light-rail transit (LRT).

In addition, its travel time is delayed by cars and trucks blocking it, particularly when they wait to make left-hand turns. Suggestions have been made to limit vehicles on the street, widen sidewalks and provide bicycle paths.

To alleviate the heavy 504 King passenger load, a new shorter 514 King line was added on June 19. It starts at the Dufferin Gates at the Exhibition Grounds in the west. It ends at Cherry St. in the east (see TTC map).

The increasingly overloaded Yonge subway must be helped by the eternally-debated-but-not-yet-funded Downtown Relief subway line from the east into the Downtown Financial District.

But its present proposed alignment along Queen avoids direct access to the growing financial district closer to the waterfront. The assumption seems to be that the future (when?) SmartTrack rail line by way of Union Station will provide such access.

Mayor John Tory and other federal and provincial representatives presided at the opening ceremonies of the new Cherry Street extension on June 18. They all spoke of the urgent need for public transit. But what is desperately needed as usual behind the fine rhetoric is hard cash.

Upon his election, Tory bravely promised to base his decisions on evidence, not popular perceptions.

Yet following in the footsteps of Rob Ford, he first blindly was prepared to squander $3 billion ($3,000 million!) of city, provincial and federal tax money on a long 6-kilometre Scarborough subway extension. It was to run from the existing Kennedy station with three stops to Scarborough Centre.

He then wanted to save $1 billion by eliminating all intermediate stops. That $1 billion has now been more than lost. Construction cost estimates (not yet final) have increased by $900 million. Add to that the estimated almost $300   million cost of eventually removing the existing rapid transit (RT) line.

The costly irony is that the Scarborough subway is replacing a 2012  approved, at that time $1.48 billion, light rail transit (LRT) line with seven stops. It was fully funded by the province, including maintenance costs.

The province still has this money committed in a Master Agreement. But it abandoned the LRT plan for electoral gain around 2013 when faced with a provincial Scarborough by-election and a later general election. Scarborough voters apparently felt they deserved a subway since the “downtown elite” already has them.

Public opinion on the subway, however, may now shift as further negative details of the subway are becoming clear.

It will run along low-density residential streets. Some homes must be expropriated and some businesses relocated. The removal of trees in a heavily wooded park will be required for a construction site.

To top it off, the estimated subway ridership has been drastically reduced by one-half of the earlier number which already was barely enough to justify a subway.

We are left with another expensive, under-used subway similar to the 5.5 km Sheppard one politically promoted by former Mayor Mel Lastman.

According to Councillor Josh Colle, chairman of the TTC board, the Sheppard line-to-nowhere is losing $10 in debt and operating costs for every passenger it carries. What does our low-tax-obsessed Mayor Tory think of that?

Editor’s note: This is a corrected version of the print article.

Stig Harvor: Rob Ford was a poor mayor but did help many in the city 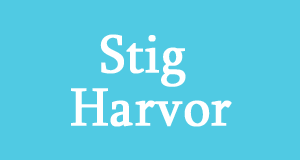