Posted by: Bulletin News October 28, 2015 Comments Off on PR would have improved election: Proportional Representation

Wow, what an election! Contrary to all expectations, the apparently moribund Liberal party led by Justin Trudeau is today Canada’s next majority government.

What happened? Basically, the Conservatives held on to their loyal, hard-rock 30% base, the NDP lost their unusual 33% support to resurgent Liberals.

How did it all come about? A lot is the result of our present electoral system called the First-Past-The-Post (FPTP). Voters are torn.

If they are keen on getting rid of a sitting government‚ as they were‚ they vote not necessarily for a party of their choice. Instead they vote for whatever party they think is most likely able to defeat a government candidate. It is called strategic voting.

In this election the NDP led by Thomas Mulcair took an early lead with popular policies, including $15-a-day childcare and a federal minimum $15-an-hour wage. He then committed a fatal error. To avoid being smeared as a tax-and-spend-socialist.

He promised no personal tax increases and no deficits. He seemed to become Harper-lite. (Not noticed was his pledge, unlike the Liberals, to increase corporate taxes.)

Before the election was called, the Liberals led by Justin Trudeau were also against deficits.

Early in the election, however, Trudeau found himself in third place in election public opinion polls. He needed to catch public attention.

He correctly sensed a growing public unease with austerity and income inequality. He boldly seized the opportunity offered by Mulcair. He announced a program of both deficits and tax increases.

To create much needed work and jobs, Trudeau promised to add $60 billion to the national infrastructure program over 10 years with up to $10 billion deficits the first three years. The money from an income tax increase on rich earners would be handed as a tax decrease to the middle class. Trudeau seemed to become Robin Hood.

Earlier lower expectations of an untested Trudeau also worked in his favour. He overcame the frequent Harper attack ads of being not ready. In public debates he performed well. He had a good grasp of issues. His youthful and vigourous energy appealed to voters. Undecided voters and many NDP sympathizers felt he was best placed to defeat Harper.

It worked. Trudeau is now our new Prime Minister of a majority government. A 2015 Liberal Red Wave crushed the 2011 NDP Orange Wave. (An interesting speculation is: How would Trudeau have reacted if Mulcair had been the first to advocate deficits and higher income taxes?)

It is worth noting that under our FPTP system, Trudeau won, not a minority government but a majority one with only 39.9% of votes cast, exactly like Harper did in 2011 with a nearly identical 39.6%.

It is increasingly clear that our FPTP election system must be replaced by a more truly democratic system called Proportional Representation (PR).

PR is successfully and widely used in Europe and some other countries. It allocates parliamentary seats according to the votes cast for each party making each vote actually count (see The Bulletin column, April 2015; also Fair Vote Canada website).

There is hope for more true democracy in our country. Trudeau is promising the next election will have the present FPTP system replaced by an as yet not chosen system. The NDP, Greens and the Bloc all favour PR. But past governments have all been notoriously reluctant to ditch an election system that brought them to power. 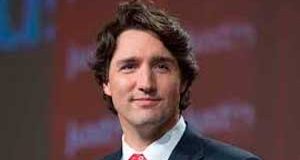