With Church St. slated for water main work comes the opportunity for road resurfacing and with it street improvements, Downtown Councillor Kristyn Wong-Tam told a gathering March 15 at the 519 Community Centre.

She said the city will present renderings to the community of what Church St. could look like.

“What happens if we were to remove parking from one side of the street to allow businesses to build patios, to widen the sidewalks,” Wong-Tam put forward as a suggestion to the annual general meeting of the Church Wellesley Neighbourhood Association.

She spoke about the increased pedestrian traffic along the street, noting that many development applications that the city rejected were, however, approved by the Ontario Municipal Board “and now we have to live with the impact.”

Wong-Tam said the James Canning Gardens, east of Yonge, will also come in for some community consultation. She said the city would like to see the north-south park extended wherever possible. “If that means we have to buy the TPA parking to expand the park (then) we’d like to do that.”

She said staff are in the process of nailing down a time and location for that public consultation.

The Ward 27 Councillor also spoke about community safety and how the ward is served by 3 police divisions—51, 52 and 53. “We have heard that there have been issues in the community that seem to be escalating.” She said response to these concerns will be largely community co-ordinated.

“It has to be a community collaborative response which means that if you folks see something we need you to report it,” said Wong-Tam. She said she has spoken to police on a few occasions about incidents, yet they tell her they never received a citizen report.

She said if citizens are reluctant to call police about safety concerns then they should call her office and her staff will relay the information to police. “We need to know what is happening” in the parks or on the streets, she told the gathering of about 40.

A man in the audience asked what happened to police foot patrols. Wong-Tam said the patrols are still there but the officers now are on bikes.

The questioner added that lately the number of drug deals and people smoking drugs in the park “has really been increasing” and he wanted police to patrol there.

She said if people don’t report incidents then police won’t know where to allocate resources. She said 416-808-2222 is the non-emergency number to call for police dispatch.

Wong-Tam said it’s not so easy anymore to capture recreational drug users in the act. These days, she said, “it is being delivered to the doorstep.” 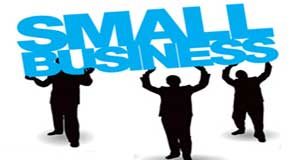 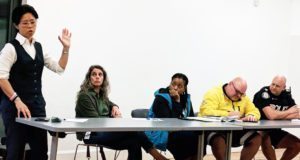