I wish he’d taught me at Harvard Medical School

Posted by: Bulletin Editor September 25, 2017 Comments Off on I wish he’d taught me at Harvard Medical School

Recently I interviewed Dr. Andrew Saul, an international authority on nutrition and vitamin therapy and 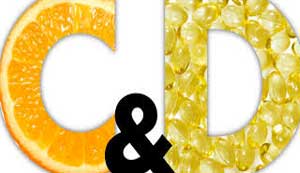 Editor of The Orthomolecular Medical News Service. Saul believes the greatest medical dangers today are the epidemic of obesity, Type 2 diabetes, overuse of prescription and over-the-counter drugs, and neglect of natural remedies. These, he says, will be the medical tsunami for our Health Care System. So I asked Dr. Saul to elaborate some of these pitfalls.

Saul immediately defended natural vitamin E. He claimed that in the early 1960s the U.S. postal service prosecuted people for mailing this vitamin! But now we know it’s essential for fighting cardiovascular disease. Doctors, he says, forget their physiology lessons, that vitamin E increases the amount of work the heart can do on less oxygen. This can relieve anginal pain. And along with magnesium, it helps leg cramps.

When asked about vitamin D. He reiterated the prevalence of misconceptions. For instance, that dermatologists give the wrong message about staying out of the sun and the use of sun block. Saul says we need 3,000 to 5,000 units of D daily for bone health, decreasing the risk of multiple sclerosis and improving our sense of balance as we age. Those who live in northern climates, we know, receive zero D during winter months.

Saul told a story about an elderly man whose doctor advised him that he could not make him younger. The man replied, “I understand that, doctor, but what I want you to do is to make me older!” Saul believes that of all vitamins, C is the most important as it performs so many functions, including fighting the nation’s number one and two killers, heart disease and cancer.

He is frustrated, however, that in spite of all convincing evidence, the medical profession refuses to accept proven facts about vitamin C. Its first mistake is dosage. He claims no one has ever died from an overdose of C. He says, “We err when we only take what we think the body should require. We should take the amount of C our body says it needs.” He quotes studies that show that in sufficient quantity, vitamin C contains antihistamine, antitoxin, antibiotic and especially antiviral properties.

There is no doubt that Dr. Saul practices what he preaches. His backyard has been largely converted into an organic vegetable garden which provides nutrition and exercise. He says that for a $40-per-year investment a garden can provide thousands of dollars in fresh produce. He eats fish but little meat.

What surprised me was his saying that “I raised my children all the way into college without a single dose of any antibiotic.” Saul explained that if his children developed flu, he gave them high oral doses of vitamin C which act as an excellent antiviral. The dose divided all through the day is continued until they develop loose stool.

He also quoted studies by several researchers that clinically demonstrated that high doses of C are effective in treating pneumonia, encephalitis, meningitis, hepatitis and even polio. But for serious infections it’s necessary to use high doses of intravenous vitamin C. He cites cases where AIDS patients received large doses of IV C and subsequent tests were no longer able to detect the AIDS virus.

Possibly Saul’s most damning comment related to hospital deaths. He says studies show that hospitals are now the third leading cause of death in the United States! He recommends hospitalized patients have a relative or friend act as their personal 24-hour guard. And if you are taking high doses of C, demand that you be allowed to continue it while in hospital. If refused, bring in your lawyer!

I wish I’d had the books Dr. Saul has written while I was in medical school. Dr Saul’s website, doctoryourself.com, provides a tremendous amount of information on vitamin therapy. On Facebook, he’s “themegavitaminman.” That Megavitamin Movie may also be reviewed at thatmegavitaminmovie.com

Like Saul, I believe we are at a critical time in medical care. Of course we need medical advances, but not the nonsense of big pharma ads, and the questionable drugs that accompany them. Good sense no longer prevails. A change is long overdue.

Previous: Charge smokers a deposit on filter tips
Next: The top 4 direct lenders in the United Kingdom

A recipe for Alzheimer’s Disease