Why can’t we see God?

“We cannot see God because he needs his privacy,” says Patrick, 10. Patrick probably doesn’t want anyone coming into his room without knocking first.

Megan, 8, thinks God likes to be alone. “If everybody saw him, they would always crowd around him.”

She’s got a point. During Jesus’ ministry on Earth, crowds followed him everywhere. Once, by the Sea of Galilee, crowds thronged around him so tightly he could hardly speak to them. Often, Jesus got up early in the morning just to spend some time alone with his heavenly Father. 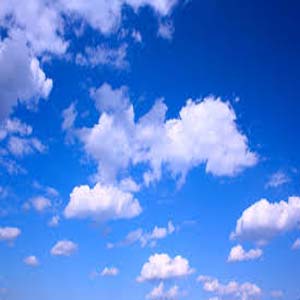 If we want to see God, we need to put up our antennae, says Laia, 14. “It’s kind of like a human holding a very small bug. The bug knows something is out there, but because his vision is limited, it’s hard for him to see the human. God is so much bigger. We can’t see His form, but He’s out there.”

I hadn’t thought of that, Laia. Just as some things are too small for us to see, others are too big.

After you’re bug-eyed from considering a bug’s-eye view, just breathe slowly, says Andrea, 11. “God is spirit. You believe in God like you would believe in air. You cannot see it, but you know it is there.”

All right, God is invisible. But is seeing God with our eyes necessary to knowing Him?

Put on your detective’s hat, Sherlock, and get to work, says Jacoba, 10. Clues are everywhere. “We see God every time we see a tree, flower, animal or even a person. God shows Himself to us through all his wonderful creations all around us.”

Jacoba, that sounds like something the Apostle Paul wrote in his letter to Roman Christians. Paul wrote that people who ignore what God shows us about himself in creation claim to be wise, but they’re really fools (Romans 1:18-23).

Now close your eyes. You won’t need them. There’s a way of seeing God without our physical eyes, according to Katherine, 8. “Lots of people know who the real God is without seeing Him.”

Katherine, I think I know what you mean, but let’s get some help from James, 11. “We can’t see God, because it’s easy for you to see somebody and believe he or she is real. God wants us to be strong and not see but still believe, and for us to have faith in Him.”

Yes, the eyes of faith! Thanks, James.

Thank you, friends, for showing us how God has revealed himself in so many ways. These things we can see speak plainly about the God we can’t see. Thinking about seeing God reminds me of something Jesus once said, “He who has seen me has seen the Father.”

Now, here’s the difficult issue. How does sin figure into seeing or not seeing God?

William, 12, will never be accused of being a diplomat: “We can’t see God because man is a sinner. God is perfect, and a sinner and God don’t mix.”

A holy God and unholy people. Hmm. Now there’s a problem not even the United Nations can solve.

Amanda, 10, found the solution. “When we go to heaven, Jesus is between us and God so that God will not see our sins.”

Think about this: God clothed himself in human flesh.

Memorize this truth: “And the Word became flesh and dwelt among us, and we beheld His glory, the glory as of the only begotten of the Father, full of grace and truth” (John 1:14).

Ask this question: Have you seen God today?

Previous: Are you a succulent Eloi ripening for a Morlock feast?
Next: Confirmation salmon farming a threat to wild salmon

Why is courage important?

How should we pray for North America?