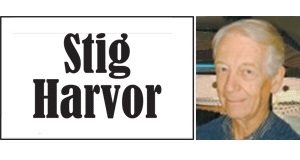 Financing of more needed Waterfront Toronto (WT) work has reached a critical juncture. In less than two more years WT will run out of money. It will be unable to continue its impressive revitalization of our former industrial and commercial waterfront.

WT started functioning in 2001 by a most welcome partnership of our three levels of government, federal, provincial and municipal. They each contributed $500 million for a total of $1.5 billion. Now almost halfway through its 25-year mandate, WT has already spent $1.3 billion of that.

WT requires lots more money to implement new, significant projects. Among them is public transit east of Bay St. along Queens Quay to Parliament St. to serve the now developing East Bayfront. Also flood protection of the Port Lands is essential to allow future development there.

Innovative and invigorating planning and work by WT has encouraged and made possible an impressive $2.7 billion new private sector investment in its own waterfront area. In the wider area, a massive private $9.7 billion is being invested in new buildings.

Significantly, taxes and other revenues from all this development have by now effectively returned the original $1.5 billion funding provided by the three governments. This shows that taxpayers dollars wisely spent can pay for themselves by creating increased economic activity.

Public infrastructure improvements pay off. They create employment. They encourage other economic development. They improve our public and private life. WT demolishes the prevailing right-wing notion that government must get out of the way of private enterprise.

Right-wing politicians use an effective and repeated tactic to mould public opinion. They frame their incessant criticism of government programs and initiatives by picking on items, often minor, that regular people can relate to.

A recent example is Councillor Denzil Minnan-Wong, a Ford administration supporter from Don Mills. He loudly complained about the high cost of $11,565 for each of the large, illuminated, pink shade umbrellas for the new, award-winning and popular Sugar Beach at the foot of Jarvis St.

He knows that many people buy their ordinary plastic, flimsy metal and cloth beach umbrellas for $13 to $70 at Canadian Tire. What he does not say is that the Sugar Beach ones are built of sturdy, high-quality materials to permanently remain in place for 25-30 years in all seasons and weather.( Some people now call him Minnan-Wrong.)

Rob Ford and brother Doug joined Minnan-Wong in complaining about costs while ignoring value created. They lost in a city council vote on July 8. Council instructed city staff to report back next year on how to maintain future financing and activities of WT.

When elected mayor, Rob was appointed by council to the WT board of directors. Tellingly, he has never attended board meetings.

He now has the gall to demand the resignation of WT’s very competent CEO, John Campbell. Instead he, Rob Ford, our incompetent in-name-only mayor, should resign.

Over the next 10 years, WT estimates it will need $1.65 billion, even more than its original allocation of $1.5 billion Where will that money come from? Considering the proven positive pay-off of WT work, the money must be found.

A significant weakness in present WT funding is that it is not allowed to borrow money. In other countries, borrowing for massive waterfront revitalization projects is allowed and crucial. After all, private developers would also be unable to build unless they could borrow.

Another problem in the smooth functioning of WT can be the introduction of narrow partisan politics by any of the three government partners.

Each proposed project by WT must be approved by all the three partners.

This problem occurred at the time of the 2004 federal election. The Liberal Paul Martin government was intent on defeating the NDP’s Jack Layton in the former Toronto-Danforth riding. Layton’s opponent, Liberal Dennis Mills, tried to divert WT funding to projects not proposed by WT.

The Liberals held up regular WT funding. WT was forced into the embarrassing issuance of preliminary lay-off notices to employees. Fortunately Mills went down to defeat and Liberal funding resumed.

The lesson of our waterfront is that we need public organizations like WT to create a better city for all of us.