Virginians and U.S. east coasters have a nearby Sonoma

Posted by: Bulletin Editor June 1, 2014 Comments Off on Virginians and U.S. east coasters have a nearby Sonoma 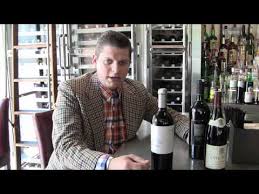 “I don’t understand why the Washington D.C. public doesn’t realize its Sonoma and Napa is just a day’s drive. It’s an easy, straight shot out of the city, and there are incredible wines,” exclaimed Sebastian Zutant, the co-owner of The Red Hen, a popular restaurant in the nation’s capital known for its serious yet quirky wine list.

Zutant has been managing beverage programs at some of Washington, D.C.’s top restaurants for more than a decade. And in recent years, he has become a big proponent of Virginia wines.

Many critics share Zutant’s newfound respect for the state. After a recent visit to the Old Dominion, celebrated British wine authority Jancis Robinson suggested that Rutger de Vink of RdV Vineyards has “a good chance of putting the state on the world wine map.”

De Vink’s name is almost always mentioned alongside Jim Law of Linden Vineyards and Luca Paschina of Barboursville Vineyards, two key figures in Virginia’s wine industry. Bottles from these producers would convert just about anyone who doubts the state’s potential.

But many consumers continue to give short shrift to Virginia, even if they’re in driving distance of its best wineries. Indeed, when Zutant shows off wines from producers like RdV, Linden, and Barboursville, he’ll often hide the labels.

“At my restaurant, I try to change perspectives,” he explained. “It’s never about bringing over a bottle of wine from Virginia; it’s always about hearing what my customers like. Then I’ll open a bottle from Virginia, have them taste it, and explain where it’s from. That’s the only way I can do it.”

In mid-May, I visited Linden with Zutant to chat with de Vink, Law, and Paschina about the future of Virginia wine. While the industry has experienced remarkable growth — over the past decade, the number of wineries has increased from 78 to over 250 — the three winemakers admitted there’s still great skepticism in the marketplace. But they’re optimistic.

“I’m not in a hurry,” replied Paschina, when Zutant expressed his frustration. “We’ll get there. Every year, the knowledge of Virginia wine increases. It’s up to us as producers to create an experience for people.”

De Vink agreed. One experience he’s fond of is a brown-bag tasting, where he’ll pit his wines against similar blends from better-known regions.

“We’re making world-class wines that compete with the top wines around the world,” De Vink said. “If you don’t think so, let’s put them in brown bags. Unless someone like Robert Parker says — ’95 points!’ — everyone will be suspicious of Virginia. That’s hard. But it’s getting better.”

Zutant isn’t the only restaurateur starting to pay attention to Virginia. On marketing trips across the country, Paschina has found a growing thirst for his wines.

“We have to identify spots with intelligent wine buyers — ones that aren’t prejudiced or lazy,” he explained.

“It’s easy to buy famous wines, put them on the list, and jack up the prices,” Paschina continued. “Those are the restaurants I don’t want to be in. Barboursville is at a fantastic restaurant in Brooklyn — and I’ve had people come visit the winery after tasting the wine there. Some of our best buyers, historically, have come after hearing about us from restaurants in New York, Washington, Richmond, and Charlotte.”

Jim Law has also seen a huge uptick in restaurant interest. “The differences I’ve seen are phenomenal, especially in the last five years,” he said.

Thanks to the D.C. region’s large population, many Virginia wineries can afford to ignore quality and instead focus on weddings and weekend tourists. So it takes a moral interest in quality to produce world-class wine. This commitment ties De Vink, Law, and Paschina and a handful of other vintners together.

For several years now, De Vink has been called “a top winegrower in Virginia.” But at one recent event, he was introduced as “one of the best winegrowers in the country.” So long as descriptions like that keep coming, Zutant should soon be able to stop hiding wine labels.