It has been nearly six months since Amaya completed the acquisitions of Pokerstars and Full Tilt Poker. At the time, two of the biggest sites in their sector.

This is just one of many major deals which have taken place in this industry, with top three management consultancy Deloitte reporting a 14.6 per cent market change increase in Poker alone in the period 2009 to 2013. Amaya’s acquisition involved the firm buying the remaining shares in Oldford Group Limited which was the parent company of Rational Group, which owned the brands Pokerstars and Full Tilt.

Most recently, iGaming VC Intertain acquired most of the Gamesys customer-facing assets in a deal worth approximately £425.8m. Such a deal, showcases the fact that iGaming is steadily gathering traction, as a credible force in the global economy, as customers’ disposable income increases. The key difference in the two deals was about $3.5bn.

However, compared to the Amaya deal, Gamesys do remain involved with their brands, having entered into a 10-year service agreement with Intertain to provide website support on the customer facing side. Further to this, Noel Hayden, the founder and managing director of Gamesys joins the board of Intertain as a non-executive director to help bridge the relationship of the two parties. 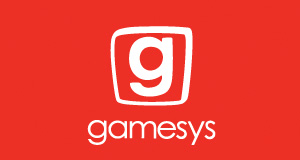 Amaya’s takeover was completed at a time when iGaming came under considerable interest. A month previously, online casino and solutions firm Bally technologies bought internet social casino company Dragonfish for $51m. Almost simultaneously, GTECH acquired International Game Technology (IGT) in a deal worth at least $6bn. At the time, it signaled a shift, almost indicating to the market about the importance that technology has in iGaming, as sophisticated companies recognised a way to capitalise on an increase in customers, to improve their online experience.

Based on activity in the last year in the iGaming industry, acquisitions have clearly been split into two categories. On the softer, more functional side, there is activity relating to the core business element of the sector, otherwise known as B2C. A business providing services to willing customers, which mirror the Amaya and Intertain deals. In a technical aspect, technology has shown to be a fundamental aspect in relation to deals in this space.

It appears that the latest pattern is for providers of iGaming entertainment to look towards acquiring the technology companies who develop the software to enable their product and service to work, and become more streamlined. The iGaming industry appears to be catching on to the effect that technology and software has on iGaming, as customers want to be serviced conveniently and quickly.

This could be an area that Intertain could choose to focus on and develop further in collaboration with Gamesys, who certainly have expertise, while the former has the financial resources to do so. With this in mind, acquisitions in this space have barely begun. With the constant evolution in technology, a customers’ online gaming experience is also likely to change significantly. It is recognised that a gap exists in the social gaming arena, which may prompt other takeovers and big-money deals in this industry.

Previous: Pan-handling not just for the poor: John Tory did it
Next: Dippers in Toronto Centre pick Linda McQuaig