Why young Canadians can’t afford to buy a home

Posted by: Bulletin Editor August 28, 2017 Comments Off on Why young Canadians can’t afford to buy a home

Canada’s middle-income housing affordability crisis (unaffordable homes) is drawing considerable attention, with good reason. Families are being squeezed out of the market and the situation is only going to worsen. 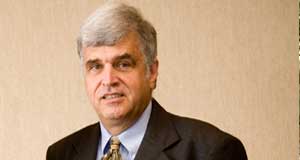 are being priced out of the market for traditionally preferred detached houses. In the article For many young Canadians, home won’t be a house, author Kevin Carmichael expresses concern that governments, from local to federal, continue to fail to respond to the crisis of unaffordable homes.

Carmichael uses the metrics from the annual Demographia International Housing Affordability Survey, which is sponsored by the Frontier Centre for Public Policy in Canada and co-authored by Frontier Senior Fellow for Housing Affordability and Municipal Policy, Wendell Cox, and Hugh Pavletich of Performance Urban Planning in Christchurch, New Zealand.

The 13th annual report shows that by September of last year, the median house price (including all owned housing types) had risen to more than 12 times annual incomes in metropolitan Vancouver and nearly eight times in the Toronto region. Before adoption of urban containment boundaries in those two metro regions, the median house price was less than the four times annual incomes. Those policies, including urban growth boundaries and greenbelts, drive house prices much higher by severely rationing land for new houses.

The result is that many buyers who would prefer a house with a lawn are forced into condominium apartments or rentals. Canada, with the world’s most affluent middle class, is rich enough that buyers should be able to afford the housing they prefer, as their parents did in less affluent times.

Since then, house prices have doubled relative to incomes and much smaller condos are more expensive than detached houses were just a decade ago. So much for the idea that building up can solve the problem. A recent Ryerson University report found that building more ground-oriented housing in Toronto (detached, semi-detached and town homes) was necessary to improve housing affordability.

House prices are rising significantly across Canada as housing regulations are tightened. Ailin He and I described the problem Canada’s Middle-Income Housing Affordability Crisis, published last year by the Frontier Centre. Among the more important findings:

Misconstruing the problem as one of demand, provincial governments in British Columbia and Ontario have imposed foreign buyers taxes. While these have resulted in somewhat lower prices, today’s houses in Vancouver and Toronto are above their elevated levels of last year.

Canada’s middle-income housing affordability crisis is the result of provincial and regional government policy. Without liberalization of the urban fringe land-use restrictions that deny the supply of houses that people prefer, prices are likely to continue rising.

— Wendell Cox is a senior fellow at the think-tank Frontier Centre for Public Policy (www.fcpp.org).