Voter poll: Canada OK, Trudeau not so much

Posted by: Bulletin Editor December 28, 2016 Comments Off on Voter poll: Canada OK, Trudeau not so much

Public support for the Trudeau government’s performance is softening, but Canadians are feeling upbeat about the image our country is projecting in the world. This year’s Nanos-IRPP Mood of Canada survey found that 63 percent of Canadians think the country’s reputation around the world has improved or somewhat improved. That’s the highest it’s been for a decade, and even higher than the 9-year figure of 59 percent reached in 2015. 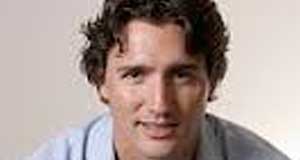 Canadians also continue to give the government high marks on federal-provincial relations, with 45 per cent saying relations have improved or somewhat improved in the past year. That is more than double the rating the Conservatives received in their best year – 21 per cent in 2012.trudeau-rating-down

At the same time, Canadians are more critical of the Liberals after their first year in office, and fewer believe the country is moving in the right direction.trudeau-rating-down

In last year’s Mood of Canada survey, 37 percent of respondents rated the Liberal government’s performance as very good. This year the number has fallen to 15 percent – virtually the same rating as Stephen Harper’s government got in 2014 (16 percent). Overall, 43 percent of Canadians rated the Trudeau government as very good or somewhat good in 2016, compared with 60 percent in the very early days of their mandate in 2015.

“The views of Canadians on the direction of the country and the performance of the government under the Liberals are comparable with the levels the Conservatives saw after their election wins,” said Nik Nanos, chairman of the Nanos Research Group.trudeau rating down

“However, when it comes to how Canadians feel about our reputation globally and how our federation is functioning, there is some sunshine for the Trudeau government.” Trudeau rating-down

The study was commissioned by the Institute for Research on Public Policy. Please find Nik Nanos’ column on the survey in Policy Options here, and full copy of the report here.

Nanos Research and the IRPP have been conducting the Mood of Canada Survey since 2007.  The latest wave is based on a Nanos telephone and online survey of 1,000 Canadians, conducted between December 16 and 19, 2016. Participants were randomly recruited by telephone using live agents and administered a survey online.  A random survey of 1,000 Canadians is accurate ±3.1 percentage points, 19 times out of 20.

The Institute for Research on Public Policy is an independent, national, bilingual, not-for-profit organization based in Montreal. 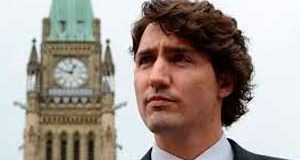 Are Canadians learning to distrust Trudeau?