“More than 60% of Toronto households have at least one bicycle, so sharing the road has been part of Toronto life for generations,” said Councillor Michael Thompson (Ward 37 Scarborough Centre), Chair of the Economic Development Committee. “This exhibit unwraps Toronto’s long cycling history and reveals the bicycle’s role in shaping our city.”

Showcasing 13 Toronto-made bicycles – from an 1890s Comet High-Wheel to a 2018 Mariposa Road Racing Bike – along with archival photographs, early advertisements and artifacts from private and public collections, Bike City presents the story of the bicycle and its impact on Toronto’s past, present and future. Three illustrated timelines outline the history and development of Toronto’s bike industry, its bike infrastructure and the many different ways the bike has been used in the city.

Toronto has been a bike producer in Canada and internationally for many generations. From the widespread influence of CCM bikes to high-end manufacturers like Mariposa and Cervélo, Toronto companies have always created innovative and exceptional bicycles.

Additional Toronto bike success stories are also explored, including the accomplishments of Toronto cycling racer Nora Young (as told in a short film) and how the City of Toronto’s ubiquitous Bicycle Locking Ring and Post was created and used by cities around the world.

“The City of Toronto and I would like to extend our thanks to Mike Barry, Brian Reynolds and Lorne Shields for the generous use of their private collections in this exhibit,” said Councillor Lucy Troisi (Ward 28 Toronto-Centre Rosedale).

The Market Gallery, one of 10 Toronto History Museums operated by the city, presents exhibitions dedicated to Toronto’s art, culture and history and offers educational programs for school groups and adults. Located on the second floor of the South St. Lawrence Market at 95 Front St. E., the gallery is open Tuesday to Thursday from 10 a.m. to 4 p.m., Friday from 10 a.m. to 6 p.m. and Saturday from 9 a.m. to 4 p.m. and is closed Sunday, Monday and holidays. Admission fees, including HST, are adults: (19-64), $8; seniors (65+) and youth (13-18), $7; children (5-12), $5. Children four and under are free. More information is available at http://www.toronto.ca/marketgallery.

Previous: Upcoming events with road closures in Toronto
Next: Reduced lanes on Jarvis Street through September 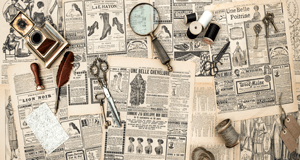 Black and white at Market Gallery