Mayor John Tory and other members of Toronto City Council will welcome veterans, their families and the public to commemorate the 74th anniversary of D-Day and the Battle of Normandy.

Second World War veteran Charles Scot-Brown will be this year’s honoured guest. Born to a Canadian military family, he served during the D-Day invasion as a “CANLOAN”

volunteer officer with the Gordon Highlanders of the United Kingdom. Scot-Brown now resides in Toronto.

On June 6, 1944, about 14,000 Canadian troops took part in the D-Day invasion, landing on Juno Beach in Normandy, France. The allied invasion advanced the liberation of Europe during the Second World War.

There will also be a photo exhibit in the rotunda of City Hall to commemorate D-Day. Archival photographs taken during the war and personal images provided by D-Day veterans and their families will be on display until noon on June 8.

The City of Toronto hosts annual programs entitled “Toronto Remembers the Wars” to commemorate D-Day as well as Remembrance Day on November 11. The City also observes other military milestones to honour all those who have fought, sacrificed and served.

More information about the Toronto Remembers the Wars program is available at http://www.toronto.ca/lestweforget.

The Toronto Remembers the Wars playlist can be viewed on YouTube at http://bit.ly/DDayVideos2018. 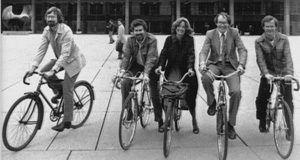