Posted by: Bulletin Editor November 17, 2015 Comments Off on The Mummers’ Masque: A Newfoundland Xmas kitchen party

Move over Handel, watch out Scrooge. Enjoy a glass Christmas grog and experience composer Dean Burry’s rollicking alternative to your usual seasonal offerings; a celebration of the 400-year-old Newfoundland 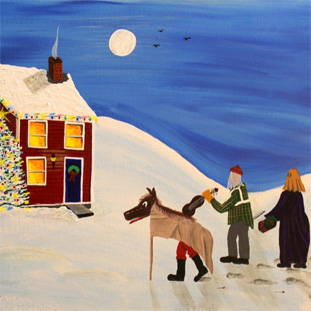 The beautiful Enoch Turner Schoolhouse is the perfect venue for this Mummer telling of the adventures of St. George (soprano Carla Huhtanen), his encounters with a rival knight and dragon (both played by mezzo-soprano Marion Newman) and romantic shenanigans with the mysterious Princess Zebra (tenor Christopher Mayell). Hosted by Father Christmas (baritone Giles Tomkins) the evening features singers from the Canadian Children’s Opera Company along with performances from step dancers Pierre Chartrand and Hannah Shira Naiman.

This evening of dance, music, drama, stage combat and puppetry is directed by Derek Boyes and will have young and old tapping their toes and laughing uproariously. Guaranteed to raise the spirits!

Mummering is a Newfoundland custom dating back to the earliest settlers arriving from England and Ireland. In the early years, the tradition involved the performance of folk plays, presented around New Year’s and old Christmas Day. While varied in detail, the plots were consistent: a hero and villain battle, the villain is mortally wounded.  The hero, feeling grief at the loss of a kindred warrior, summons a quack doctor who revives the villain through a series of outrageous cures and the enemies finally embrace in harmony. A simple story, outlining the cycle of death and re-birth, particularly apt at the turn of a new year.

As it’s currently practised, mummering is primarily a house-visiting tradition. During the Twelve Days of Christmas, people disguise themselves with old articles of clothing and visit the homes of friends and neighbours, often covering their faces with scarves, masks or pillowcases to keep their identity hidden. Inverting the accepted rules of society is an important aspect of mummering, so cross-dressing is common, with men dressing as women and women as men. Travelling from house to house, mummers will carry musical instruments to play, sing and dance in the houses they visit. The host of these “mummers parties” will serve a small lunch and perhaps some Christmas grog.

Inspired by these various traditions, The Mummer’s Masque is fashioned from the original, historic stories with music that blends contemporary opera and traditional folk styles. It is also the only known example of a classical solo for the Newfoundland Ugly Stick.

Previous: Wynne gov’t could seriously hurt the real estate market
Next: Guess who is behind the ISIL Caliphate Project? 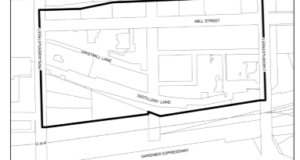 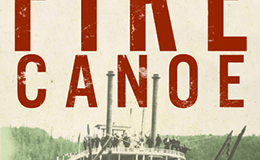