Posted by: Bulletin News July 30, 2016 Comments Off on The huge downside of flying to NYC via Newark

Whether it’s to visit family, to attend an event or for work, New York City is a place I travel to quite often. I’ve flown into all three of the city’s major airports at some point or another, and have never encountered any major problems at JFK or LaGuardia. Because I had a tight schedule to stick to over the weekend, I flew with a private airline that got me from Toronto to New York in under an hour, the down side was that it only flew into Newark airport. I was skeptical about flying into New Jersey but like I said, … I had a tight schedule to stick to and at the time the benefits outweighed the costs **heavy sigh of regret**. 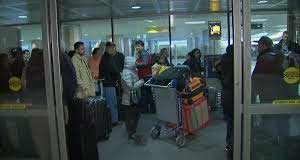 I needed a few days to think about if and how I was going to share my story and I ultimately decided that given the current political atmosphere in the United States, it is important as ever to talk about why racism is truly a prominent issue I that needs immediate rectification. So here it is my friends… my first-hand experience with discrimination in America (for those of you who do not know I am visibly Asian and Latin).

After de-boarding our flight, my brother and I got off our plane each with a carry-on luggage (shout-out to Tumi for making such great travel gear) and a personal hand held bag. For those of you who have never travelled from Canada to the US of A, you’re required to complete your customs form on the airplane ahead of having your passports checked at the customs gate. Once we reached our customs officer he checked our passports, we got fingerprinted and stood for facial recognition before being asked a few questions. Pretty normal procedure, right? No problems here.

It was when we were on our way out and headed towards the doors that things started to get a little sketchy. There were two lines for travellers to get into to pass our declaration card to the officers before either being A) allowed to proceed to baggage claim/exits or B) being directed to secondary screening. You can probably tell where this story is heading now… So to save my breath, I won’t even bother mentioning the fact that all four officers standing at the final checkpoint were white males. I won’t even bother saying that my brother and I had to wait almost five minutes at the front of the line (with no one at the station) without even being acknowledged. No, I won’t mention that. I’ll just skip along. As we were waiting at the front of the line, a Caucasian (read: all-American white) couple stepped into the line next to us and, of course, we taken to the counter right away. At this point, sure, I was a little annoyed but I was still oblivious to what was going on… my brother… not so much. When we were finally seen we approached the officer and I smiled and wished them a good evening and begun to pull our declaration card out of my fanny pack (Yes… fanny pack, they’re making a comeback I swear!) and hand it to one of the officers. One of the men took our card didn’t even glance at it and handed it right back to me. (I hadn’t realized that they had already decided which route we would be going).

At the same time that the officers began to speak to us the couple a few feet away were getting asked their final security questions: “Where are you coming from?”, “How long will you be staying?” basically the typical questions that travellers get. I opened my mouth to start answering the same questions but was shocked into silence by what we actually got asked. Here are some WORD FOR WORD examples of what were questioned for… “Do you have any meat on you?”, “Is there any produce in your possession?” and my personal favourite, “ARE YOU CARRYING ANY LIVE ANIMALS?” I’M SORRY, WHAT????? Like, yes hold on let me pull out my pet chicken and good luck frog legs. Can you guys believe that? Here we are, coming off the SAME flight as the couple next to us, having paid the SAME amount of money, carrying the SAME amount of bags (Remember! we only have a carry-on and a small bag each, so there’s not exactly room for us to store our secret travelling farm) and yet WE are the ones being asked if we’re bringing live stock into the country. And STILL I am still not fully aware of what is going on. I could only tell that something wasn’t right because my brother was turning a bright shade of red looked like he was about to burst. Even answering with a firm “NO” to all of the questions we were asked, they still gave us a disgustingly sly smile and told us to “just head down that way” with a flick of their head in the opposite direction of the exit.

For those of you who know my personally, you know I can be a little naïve (to say the least) and I was more than confused by what was going on. I didn’t quite understand why they wanted us to turn around and started heading to the exit anyways, before being stopped and told “no, no, that way”. Meanwhile, the white folk had finished their conversation with the officer and were heading towards the door. They overheard the officer telling us to go towards another closed off area and they started to follow us asking if they had to go that way as well. Now get this…. The same officer actually got out of his seat and walked over to them, guided them towards the exit and said: “No. Not for you guys”. “YOU GUYS”

Is your jaw hitting the floor yet? No? Well, it gets better! While waiting in secondary screening for our bags to be checked and declaration card to be re-examined it was at that point that I stopped and looked around the room. In front of my was an African-American family. Behind me, was a Chinese businessman. Arriving in behind him was another visible minority. It was at that point that a wave of realization washed over me and I finally turned to my brother in outrage and embarrassment. He just shook his head and said we would talk about it in the car. As we were leaving one of the young men from the African-American family in front of us had forgotten his knapsack at the baggage x-ray and as he made a move to go an get it, a swarm of officers seemed to appear of out nowhere and circled around him. I could hear him exclaiming “I just forgot my back! It’s for school” as my brother ushered me out of the terminal.

So there it is. My first hand encounter with racism, white privilege, abuse of power and a crumbling America. I’d consider myself a pretty well-travelled person; my family and I have visited few continents, a couple of dozen countries and frequently travel to and from the United States; and in all my twenty years of travelling, I have never been treated so poorly as I was at Newark on Friday.

Watching the news every night and hearing about racism and #BlackLivesMatter and all the political tension in occurring in the United States, I still felt disconnected from it all because it wasn’t happening to ME. Sure, I was a little offended when some of my friends said they supported the likes of Donald Trump, even after mocking Asians and Latinos knowing that I belong to both ethnic groups. I even laughed at the fact that the national election appears to be a big ole’ mess because neither one of the presumptive candidates seemed like a good option. But here’s the thing it’s a big ole’ mess that’s become an even bigger mess if the wrong person is elected.… Let’s get this straight, I am NOT a Hillary Clinton fan in the slightest, I don’t necessarily like her, I don’t even consider myself to be left wing, but what I have considered is that ANYONE has to be better than an orange man who will only exacerbate the problem of racism in America. So whether you like Hillary or not, whether you’re a democrat or not, whether you think this whole election is joke, the fact of the matter is that ONE of these TWO candidates will become the next president of the United States of America, the next leader of our free world. You don’t have to like Hillary, hell you don’t even have to agree with what she’s saying but my friends, if you stand for equality, humanity and peace… if you want to keep moving forward and not start regressing, then I beg of you- please go out to the polls in November and vote. Help end racism and white privilege and don’t sit back and watch just because it’s not happening to you.

If you’re as outraged as I am by what happened to my brother and me at Newark airport, please share this story. Don’t forget I’m on social media @therachw on Twitter and Snapchat and @therachelw everywhere else. 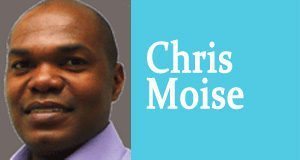