Posted by: Bulletin Editor March 26, 2018 Comments Off on Sudan the white rhino: will humans ever learn?

What a sad, thought-provoking photo, published in the Globe and Mail newspaper. It shows Sudan, the last male northern white rhino, unable to stand. You can see the terrible frustration and pain on his face. Veterinarians, at the Pejeta Kenyan Conservancy, decided that since there was no quality of life left for Sudan, only unsolvable pain, the best treatment was a lethal injection.

It’s ironic that veterinarians are so compassionate about the end of life for dying animals. Yet some physicians, who often see the agony of human death, can be so lacking in compassion, and are outright cruel.

We could ask why ending Sudan’s life did not trigger the usual cries that only God can decide this issue. Or argue that a lethal injection was the start of “a slippery slope” to kill old animals. Or that since Sudan was not close enough to death, he must suffer longer before ending his life.

The great disparity on how humans and animals are treated at the end of life continues. This is why I wrote years ago that I wanted a veterinarian on my Living Will committee, if there was ever a meeting to decide if I would live or die. I knew a veterinarian would not insist that my life continue until the last drop of blood or the final breath.

Canada has finally allowed legalized medically assisted death under certain conditions, a huge step in the right direction. But it’s not a perfect solution because man’s inhumanity to man remains.

Veterinarians did not insist that Sudan’s lethal injections be delayed because his death was not immediately imminent. Contrast this to our current law that demands that death be imminent. But how imminent must it be? No one seems to know, even when the patient is pleading to have life ended. Patients in agony know when life is meaningless. So should doctors.

I have seen friends die from Alzheimer’s disease. I’ve witnessed their gradual descent into nothingness. They have no recollection even of family, are incontinent of urine and feces, and sometimes belligerent. Yet, since they are not at imminent risk of dying, they linger on in this hell day after day, sometimes for years. At this point, unable even to plead for death.

One reader related that a loved one was dying of metastatic cancer and   pleaded with doctors to end his suffering. One day he did not answer the telephone. His daughter found him hanging by his neck, a sight that has haunted her for years.

What boggles my mind is that some Christian doctors allow needless suffering. For instance, some terminally ill patients in the final stage of severe pain have to be transferred many miles to another hospital that allows euthanasia. This is pure unmitigated cruelty committed by physicians who say they are acting in the name of religion.

Further confounding is the attitude of some palliative care physicians. They see agonizing death almost on a daily basis. Yet, a significant number refuse, for religious reasons, to end the life of a person who pleads to leave this planet.

Maybe Sudan is now in Rhino Heaven. But not according to Stephen Hawkins, the brilliant astrophysicist, who studied the far reaches of the universe, and who declared there is no God.

If he’s right, what enormous irony! It means that when a religious person dies and nothing happens, they won’t know they’ve been wrong. And that all the lives lost in religious wars were for nought and solved nothing.  Or when an atheist dies and there’s no Valhalla, they will not know they’ve been right!

But in our real world I believe it makes no sense for patients to endure needless pain. And they, only they, should decide when enough is enough.

For years there’s been a Society for the Prevention of Cruelty to animals. So isn’t it time for a similar society to protect humans from needless, cruel and senseless agony, committed all in the name of religion?

The Gifford-Jones Living Will can be obtained by sending $10 and a self-addressed stamped envelope to Gifford Jones, 65 Harbour Square, Suite 1110, Toronto, Ontario, M5J 2L4 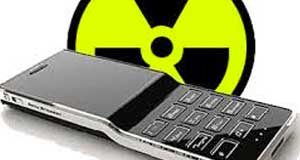 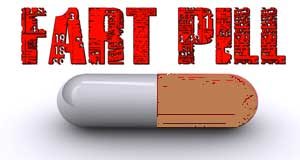 The fart pill: Can it win a Nobel Prize?