Posted by: Bulletin Editor September 11, 2017 Comments Off on How safe are cell phones?

Are some cell phone users destined to develop cancer after years of use? Or, is this fear being over played? For years I’ve tried to find an unbiased informative source. Now, a report from the University of California attempts to answer this perplexing question.

We know that high frequency ionizing radiation from excessive X-ray exposure can possibly cause malignancy. This radiation is cumulative and like an elephant, it never forgets the amount of radiation received. But cell phones emit very low intensity non-ionizing radiofrequency energy that’s generally assumed to be safe.

Researchers at the University of California analyzed several studies from around the world. They believed the debate would be settled by the “Interphone Study.” This research involved 13 countries and the World Health Organization at a cost of 25 million dollars. But the results were considered inconclusive or as they reported “downright muddled!” 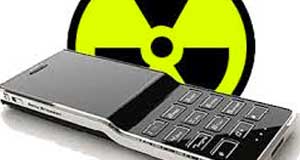 It did show that the use of cell phones 30 minutes a day resulted in a higher risk of a brain malignancy known as a glioma. This cancer occurs on the side of the head where the cell phone is used.  The report reminded me of a case I previously wrote about a woman who developed breast cancer after relying on her bra to hold the phone!

Critics pointed out several flaws in the study which was published in 2010. They said the data was too old as the study dated back to the 1990’s. Moreover, the older cell phones emitted different amounts of energy and radio frequencies. People also used cell phones less at that time than today.  And no children were involved in the study.

Then in 2011, the British Medical Journal published a study of 358,000 Danish cell phone users. This report showed no increase in the risk of brain tumours, even in those who used cell phones for more than 13 years. And an accompanying editorial stated that brain cancer rates had not increased in Scandinavian countries.

A year later the same journal had more disturbing news. A follow-up study showed a three-fold increase in gliomas when cell phones were used for 25 years or longer.

But before cell phone users could get nervous about using cell phones the International Journal of Epidemiology published the Million Women Study in the U.K. This showed no overall increased risk for various brain tumours among cell phone users. That same year a French study in Occupational and Environmental Medicine also reported no link between cell phone use and brain malignancy.

The U.S. National Toxicology Program has reported a recent study of male rats. For two years,   beginning at the early embryo stage, rats were exposed to the same radiation as that produced by cell phones for nine hours a day. Researchers found an increased risk of two types of tumours including glioma.  But rats are not humans, so again the study was questionable.

So there is still no definite answer and it may be years before an answer is known. However, it’s well to remember that millions have now been using cell phones and during the last two decades there’s been little increase in brain cancer. But Germany, France, Israel, Britain and Russia have nevertheless issued precautionary warnings about the use of cellphones by children. This is reasonable as the brain is less developed at this age.

One thing is certain, cell phones are here to stay and in all probability the risk of brain cancer is small. This risk can be decreased by several measures. Use the speakerphone rather than holding the phone next to your ear. Text rather than call. Limit phone use when the bar shows a weak signal which increases radiation. And remember that 20% of car crashes (1.1 million a year in the U.S.) involve the use of cell phones while driving! Canadians are no smarter.

Previous: Why the political turmoil?
Next: Cooler temperatures push pests into your home