Posted by: Bulletin News May 30, 2016 Comments Off on Soon-to-be built East Bayfront a true neighbourhood

Turning our attention away from recent significant national affairs, let us focus again on the development of our important local waterfront.

We now have unusual chances to do better than the Manhattanization of the present centre-town portion. It has become a jungle of ever higher glass towers crowding around the massive, slowly crumbling Gardiner Expressway. (What’s so “express” about it these days?) 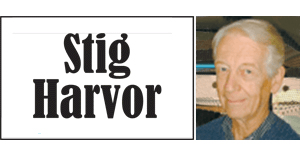 With proper political will, our first chance to do better is in the still-evolving plan for the large 30-acre Lower Yonge Precinct (see The Bulletin column, April, 2015).

Our second chance is in the ongoing redevelopment of another even larger 55-acre mainly industrial area called the East Bayfront. It is adjacent to the Lower Yonge Precinct and stretches east from Lower Jarvis to Parliament St. and north from the lake to Lakeshore Blvd.

The East Bayfront again illustrates both the strength and weakness of our city’s present planning system and control. East Bayfront straddles Queens Quay Blvd. What strengthens the area is that all the land on the south side of Queens Quay bordering the lake can be properly controlled in the public interest because it is publicly owned.

Within this public land is an unusually large 13-acre project called Bayside. It is on the east side of the green Sherbourne Common running all the way to Parliament St. Waterfront Toronto (WT) chose an internationally experienced developer, Hines, to develop it through a public competition with 17 entrants under strict planning conditions.

Bayside can become unique along our waterfront. It is a mixed-use project with residential, office, retail, recreational and community facilities. It is a true neighbourhood for people to live in, work, shop and enjoy.
In Bayside, WT has been able to avoid the excessive building heights now common close to our waterfront. No building will be higher than 13 storeys like its first condo project, named the Aqualina by Tridel, now underway bordering Sherbourne Common.

Bayside has its own internal street layout designed to slow down traffic. One street caused much discussion. It runs along the long, wide and treed lakeside promenade for pedestrians and bicycles.
The street, named Merchants Wharf in a public contest, was considered necessary to attract retail and restaurants along the promenade. As a compromise, it will be specially paved and can be closed to cars on some occasions.

Public amenities like daycare and community facilities will be accommodated. The proposed landscape design of a small 0.75 acre park named Aitken Place includes a dog run.

WT requires 20% affordable rental units in projects under its direct control. With city help, they have succeeded to include much-needed 80 affordable 1-, 2- and 3-bedroom apartments with separate entry and elevators in a private condo building. The apartments will be operated by non-profit Artscape.

East Bayfront land on the north side of Queens Quay, however, is partly privately owned. WT plans for this private land include controlled taller buildings and affordable housing. These plans have sadly been rendered unenforceable by narrow legalistic—not planning—interpretations of Toronto’s Official Plan and zoning bylaws backed up by binding positions of the almighty Ontario Municipal Board (OMB).

Some East Bayfront private land owners launched appeals of WT plans to the OMB. Trying to avoid extensive and expensive OMB hearings, WT has managed so far to settle most appeals through protracted direct negotiations with the land owners.

The results offer promise. Two significant new projects are already starting construction. The first is a dense but ambitious mixed-use project by Daniels Corp. opposite the existing Loblaws supermarket at Lower Jarvis St. and Queens Quay.

The Daniels project is called Waterfront City of the Arts. It includes condos, offices, retail and George Brown College and creative industries space like Artscape. Built in two stages, it will eventually have a 45- and a 35-storey tower.

Monde places a 32-storey glass tower on top of a 12-storey well-designed masonry podium. While providing tower balconies, it tries too hard to be different. Every two floors, narrow balconies with glass railings jut out from the building like diving boards (vertigo anyone?). In winter they can fill up with snow and ice (see website: monde condominiums gallery).

To sum up so far, East Bayfront’s continuing development ably guided by WT promises a welcome new, more humane environment on our unique and long waterfront.

2016-05-30
Bulletin News
Previous: “Shining A Light on the Forgotten, The British Home Children in Canada”
Next: Sprucecourt Public School to Hold Fun Fair