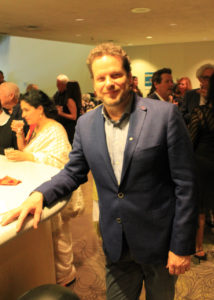 The air was electric at Toronto’s answer to the Tony Awards last night as the best in Toronto-produced theatre, opera and dance were recognized for their efforts at the 2017 DORA Awards.

Held at the legendary Elgin and Winter Garden Theatre, a National Historic Site of Canada, the VIP reception began at 5:30 in the evening but the crowds didn’t start pouring in until an hour later.

DORA nominees as well as members of the public mixed and mingled in the cascading lobbies of the theatre over drinks and elegant faire as a lone flute player entertained the excited crowd. The fashionably attired fun continued until 7 p.m. when an event organizer comically announced last-call. People could soon be seen filing down to the main lobby and into the theatre. The show was about to begin.

The awards were hosted by Raoul Bhaneja—an English-Canadian actor, musician, writer and producer—who had no trouble keeping the energy going as he began with two musical numbers. The first was an ode to losing graciously and the second was a humorous tally of all of the sponsors for the evening. Last came a polite reminder to keep speeches short and a sly warning that if one didn’t they would be played off stage to the soft sounds of The Girl from Ipanema, a song heard several times throughout the night.

Winning for Outstanding Ensemble performance in the independent category was The Ensemble of This is the Point. For the acceptance speech, writer and actor Tony Diamanti spelled out the words using the specially adapted pointer worn on his head. Fellow actor Dan Watson read these words: “Wow! This is great. This is to make you people aware of us,” referring to the differently abled.

Also in the independent theatre category was Outstanding Direction, which was won by Christopher Stanton for his direction of Pomona. Accepting the award, Stanton said that the award was “for anyone who has ever dealt with either internal or external protest. Keep fighting.”

Winning for Outstanding Sound Design/Composition was Waleed Abdulhamid and DJ L’Oquenz for their work on The Emancipation of Ms. Lovely a coming-of-age tale of sexuality which would go on to win the award for Outstanding New Play in the same category. Ngozi Paul—writer and actress—accepted the award. Closing out the independent theatre category Michelle Ramsay and Jennifer Tipton won for Outstanding Lighting Design for their efforts in The Magic Hour.

Irene Sankoff and David Hein won Outstanding New Musical/Opera for the Broadway smash hit Come From Away, which tells the tale of a town in Newfoundland as it accepts the multitudes of Syrian refugees in 2016. Come From Away has achieved amazing success and praise and will be returning to Toronto in February 2018 after its stint on Broadway.

In the category of Theatre For Young Audiences, Anita Majumdar won both Outstanding Individual Performance as well as Outstanding New Play. The stunned Majumdar thanked Young People’s Theatre—the oldest professional theatre company in Toronto—for giving her a chance to tell her story and share the importance of consent.

Bad Hat Theatre’s production of Peter Pan was the big winner of the category picking up three awards. Severn Thompson won outstanding Direction and the cast won for Outstanding Ensemble Performance. The production also won the overall Outstanding Production award and speaking on behalf of the entire crew Fiona Sauder (writer as well as the character of Peter Pan) said that it was “amazing to accept this award in a room full of people who refuse to grow up” and that it was for “the people who said YES!”

Next was the General Theatre category and the production of Master Harold…and the Boys won for both Outstanding Male performance as well as Outstanding Direction. André Sills accepted the award for male performance and thanked director Philip Akin whom he said, “won’t let me get away with anything”

The cast of Incident at Vichy produced by the Soulpepper Theatre Company won for Outstanding Ensemble Performance and Maev Beaty won Outstanding Female Performance for her contribution to the production of The Last Wife.

Previous: What are you doing to grandma?
Next: Opening doors to innovative young Canadians 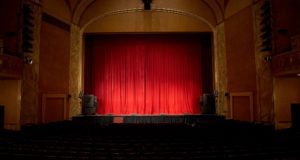 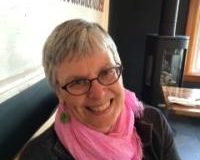 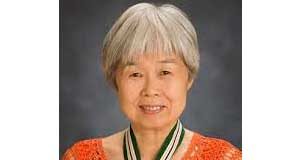