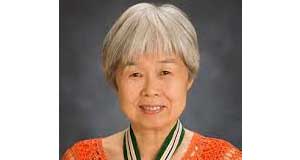 When we started planning Naomi’s Road, a show that deals with the shameful treatment of Japanese-Canadians during WWII, it was well before Trump’s campaigning for president took fear politics to the next level. Now more than ever, it is relevant that we remember the good and the bad sides of our own history.

With the incidence of violence against Muslims (or simply those perceived as Muslims) increasing in Canada and the US, we cannot ignore the rhetoric that calls any one ethnicity or religion evil and unwelcome. We have been through that before with Japanese Canadians and others. This coming February is the 75th anniversary of a law that stripped Japanese-Canadians of their homes, welfare, and possessions, and sent them away from their homes to live in camps,… a legalized crime that saw some die and created an entire generation of publicly shamed Canadians of a visible minority.

I so admire the bravery of Joy Kogawa in telling her story and in using art and literature to remind us of the human context of fear politics. This show is a truly beautiful and inspiring show because it tells the human story of survival and reinforces the need to remember mistakes made. Now as ever it is vital that we remember… so that something like this could never happen again in Canada.

Joy herself will be reading from her book after the show on opening night. Join us then (Nov 16th) or for any of the other nights for a powerful show.

[Author Joy Kogawa, now resident in Vancouver, was for many years a resident of St. Lawrence Neighbourhood and active in local affairs.]

Based on a best-selling novel by Joy Kogawa,
this opera is a moving account of a definitive moment in Canada’s history

Toronto, ON: Canada’s leading contemporary opera company, Tapestry Opera,launches its ground-breaking 37th season with the Toronto premiere of Naomi’s Road. Set in Vancouver during the Second World War, Naomi’s Road follows a young Japanese-Canadian girl’s journey from Vancouver to an internment camp in the BC interior. Performances run from Nov. 16 – 20, 2016 at St. David’s Anglican Church, a location of deep cultural significance, as it is the home of the last Japanese-Canadian Anglican parish in Toronto located at 49 Donlands Ave.

Naomi’s Road was adapted in 2004 from a novel by Joy Kogawa, accomplished librettist and director Ann Hodges along with acclaimed composer Ramona Luengen. Drawing from Kogawa’s own harrowing experience. Featuring an all-Canadian cast and creative team, Naomi’s Road premiered with the Vancouver Opera over a decade ago and has toured British Columbia and Alberta, championing a generation of Asian-Canadian operatic talent.

“It is a true honour to have worked with Joy to bring this important story to Toronto for the first time ever,” says Mori. “In a time when certain factions in Canada and the US are reacting to the fear of terrorism with xenophobia and the call for exclusionary and divisive laws, Naomi’s Road is a keen reminder of the human impact of these biases and policies. We must learn from the mistakes of internment camps and ensure this history does not repeat itself. As always, it is the braveness of children, in this case Naomi, that reminds us of our universal humanity.”

Librettist Ann Hodges and composer Ramona Luengen wrote the piece in 2004. In September 2004, the libretto was read at an event at the Gulf of Georgia Cannery National Historical Site in Steveston, the site of the 1942 seizure of hundreds of fishing boats owned by Japanese Canadians. Workshops followed, with a May 2005 excerpt performance at the annual OPERA America conference and at the 2005 UBC-Laurier Institution Multiculturalism Lecture in Vancouver. This work has gone on to tour with Vancouver Opera to schools throughout British Columbia and with Opera Nuova to schools and communities throughout Alberta.

Tapestry Opera is a Toronto-based company that creates and produces opera from the heart of here and now. For over 36 years, the company has presented award-winning works by preeminent artists, brought to life by some of the most talented and versatile performers of the contemporary stage. As Canada’s leader in opera development, Tapestry Opera is committed to cultivating new creators and performers to serve the evolution of the art form and build a lasting Canadian repertoire. Tapestry Opera alumni include Ann-Marie MacDonald, Atom Egoyan, James Rolfe, Marjorie Chan and Nic Gotham.

Tapestry Opera continues to drive the evolution of opera with an innovative 37th season, which includes the world premiere of Oksana G., May 24 – 30, 2017 at the Imperial Oil Opera Theatre; and the annual Songbook VII on Feb 23 & 24, 2017 at the Ernest Balmer Studio. 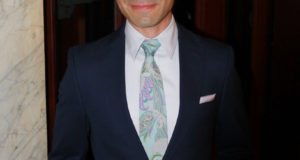 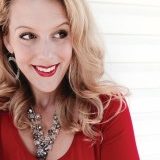 Her voice was meant for opera