Food fraud isn’t new – it’s persisted for more than 2,000 years, despite mankind’s best efforts. Perhaps technology can put an end to it. 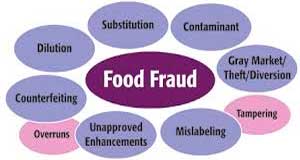 The first reported food fraud cases go back to the Roman Empire, when suspicions around adulterated wines and oils were prevalent.
Food fraud can take many forms, such as adulteration – substituting one ingredient for a much cheaper one – or misrepresentation, including selling a product as organic when it’s not. Food categories that are more vulnerable to fraud include fish, seafood, liquids, spices, fruits, vegetables and meat products.
A team at Dalhousie University recently released a surprising study on food fraud. It found that sixty-three per cent of Canadians polled are generally concerned about food fraud and more than 40 per cent feel they have been victims of food fraud. These alarming results can’t be ignored.
Canada has seen its fair share of cases in recent months, including:
Mucci Farms in Ontario was fined $1.5 million last year for selling Mexican produce, including tomatoes, as products of Canada. The company said the mislabelling was unintentional and blamed its computer system.
Cericola Farms, one of the largest poultry processors in the country, was in Ontario court last fall over organic mislabelling allegations.
In all, the Canadian Food Inspection Agency received more 40 complaints in 2016. Many expect that number to increase in 2017.
Some argue that food fraud is essentially a victimless crime. But in fact, the entire food economy is at stake.
Consumer trust is essential for any food business seeking to increase its market share and revenue. Why would consumers seek out or pay more for products that may be fraudulent?
Most food companies are ethical but it only takes a few cases to damage the reputation of an entire industry.
And sometimes the damage can be devastating: the Dalhousie study suggests that consumers with allergies and/or food intolerances are particularly vulnerable. That makes food fraud a socio-economic issue and a public health one.
Grocers have started to invest in technology to detect counterfeit products. But these measures can only do so much. And by reporting fraudulent products, grocers run the risk of retaliation. Food companies exposing fraud can themselves be accused of food fraud. Regulators would then have to test everything, which would be impossible.
Public regulators have been aware of the issue for some time but struggle for solutions. A few provinces, including Ontario, have created food integrity committees with industry. But this work will take time to pay off.
Meanwhile, consumers should shop for food and visit restaurants with extreme prejudice. Look for consistencies in pricing and quality. If a product is much cheaper at one outlet, perhaps the deal is too good to be true. Consumers should also ask retailers and restaurant operators pointed questions about procurement strategies to make the supply chain more transparent.
Ultimately, though, consumers, as humans, are vulnerable to food fraud.
But new technologies allow us to take some of the human factor out of detection. Around the world, researchers are developing portable technologies that allow consumers to validate the content of food labels. Imagine testing at home to see if that apple is really from Ontario or that olive oil is really from Italy. The technology exists but costs are prohibitive. Some of these devices cost more than $200,000.
One day, though, consumers empowered by these technologies will become the most powerful regulators the food industry could ever imagine. Knowing that consumers can test the integrity of any product will mean the entire food supply chain becomes more disciplined.
Over time, technology will get rid of the rotten apples of food fraud.
— Sylvain Charlebois is dean of the Faculty of Management and a professor in the Faculty of Agriculture at Dalhousie University, and author of Food Safety, Risk Intelligence and Benchmarking, published by Wiley-Blackwell (2017).

Previous: Human services made easier for Torontonians
Next: An apple a day is also good for the Ontario economy