An apple a day is also good for the Ontario economy

Posted by: Bulletin Editor February 28, 2017 Comments Off on An apple a day is also good for the Ontario economy

“Ontario is the largest apple producing province in Canada and this research shows for the first time just how significant our industry’s contribution to the provincial economy is,” says Charles Stevens, an apple farmer from Newcastle and Chair of the Ontario Apple Growers. 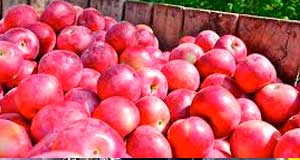 Every one million dollars in output by Ontario’s 230 commercial apple farmers generates $2.39 million of activity in the Ontario economy. The industry contributes $351.6 million to the provincial Gross Domestic Product (GDP) every year, and supports over 5,100 full time direct and indirect jobs with associated wages and salaries of $247.1 million. This results in tax revenues of $106.7 million annually to federal, provincial and municipal governments.

Ontario apple farmers currently supply 45 per cent of the Ontario fresh apple market. This means Ontario is a net importer of apples, bringing in approximately 80.6 million kilograms for fresh consumption annually, and leaving the industry with vast growth opportunities.

“As farmers, we are proud of providing Ontarians with healthy, locally produced food, and with our consumers eating more apples than we can produce, we have room to expand,” adds Stevens. “That growth will result in added benefit for consumers, growers and the economy.”

The study shows that every $10 million in additional output created in the apple sector generates an overall economic activity of $24.2 million to the provincial economy. 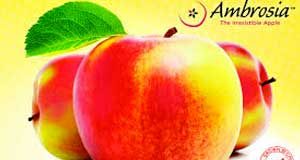 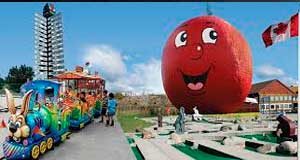