Most of the ‘gravy’ Ford found was on his own shirt

Posted by: Bulletin Editor December 1, 2013 Comments Off on Most of the ‘gravy’ Ford found was on his own shirt 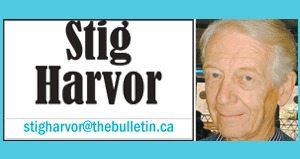 After last month’s unending and chaotic unfolding of the story of our discredited Mayor Rob Ford, how is it that some Toronto residents can still contemplate voting for him again October 27 next year? The reasons are many and complex. Most have to do both with the times we live in and the type of person Ford is.

First our times: For the last 30 years or so, the Western world has been influenced by an increasing shift toward free markets and less government regulation. This culminated in the great and fateful meltdown of the financial system in 2008 ushering in a great, continuing recession.

Multitudes of workers lost their jobs. Salaries were squeezed. Fear, anxiety, confusion and anger gripped many people, particularly of middle- and low-incomes.

When people feel threatened, they start looking out for themselves. Right-wing media and politicians took advantage of the crisis created by their own policies. Cash-strapped people were offered tantalizing tax breaks to fill the holes in their pockets.

In Toronto another significant event occurred In 1998. Conservative Premier Mike Harris forcibly included the more conservative suburbs into the megacity we live in today. He succeeded in his aim to neutralize the more progressive inner city. The result today is Mayor Rob Ford.

Now for the type of person Ford is:

Even as early as 2000 when Ford was first elected a suburban Etobicoke councillor, his personal character was publicly revealed. The year before in Florida he was convicted and fined for drunken driving. Possession of marijuana charges were dropped. His first reaction to reports of the incident was to deny and fudge particulars of it.

During his long 10 years as councillor, however, he endeared himself to his voters as a busy, pothole-filling ward healer.

He answered constituents’ phone calls and dealt personally with their neighbourhood problems. He established his image as a fierce, unrelenting protector of taxpayers’ money. He acted as a lone wolf on council. He persistently voted against spending city money on many issues.

It became clear he had a severely limited view of how to contribute to and manage the varied and complex issues of a growing, diverse big city. With the aid, however, of savvy political advisors and some media, Ford drove to victory as mayor in the election of 2010. He promised to stop a city hall “gravy train.”

The image of this imaginary train had been fostered by the media. They had featured stories of councillors’ office budgets used to buy espresso coffee machines, fancy Christmas cards, bunny suits at Easter parties for constituents.

These financially trivial items were politically powerful since voters could identify directly with them in their personal lives.

Not finding the much-promised gravy, Ford began slashing City programs and grants. This caused a reduction in city services of many kinds, particularly ones dealing with social, communal and health issues. Why then do many people affected by the reductions, particularly in disadvantaged city areas, still stick with Ford?

City budgets to most of us are complex abstractions. When we are busy and stressed dealing with our fast-moving daily lives, we have little or no time to relate to a complicated outside world. When we feel aggrieved, lack money, knowledge and a grasp of the overall situation, a few dollars more in our pockets and some less in city spending appeals to us.

Rob Ford proved incapable of making the transition from councillor to mayor. As a human being, he appears not grown up. He is deeply flawed. He badly needs help. Denying being an addict, he stubbornly refuses rehab.

Ford’s deep, seemingly ingrained flaws are now on continuous and stunning public display. Yet his everyman image appeals in various degrees to weaknesses we all possess. We are all human, we all make mistakes. Some voters will forgive his personal life, however extreme. They fervently believe in his policies of fewer taxes and less government. His endlessly repeated and simplistic policy consistency appeals to them. They will support him to the end.

Unlike Ford, none of us individually can wreak such havoc on the functioning and reputation of our city. For the sake of all of us, he must resign. Or we must vote him out next year.