McGuinty asked to reward insurance firms at your expense

Posted by: Bulletin Editor July 23, 2009 Comments Off on McGuinty asked to reward insurance firms at your expense 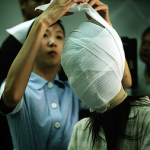 The current provincial government prides itself on being a champion of the disabled. It points to its role in strengthening the Ontarians with Disabilities Act, establishing an Accessibility Directorate, and setting timetables for change to make Ontario accessible to all its citizens.

It’s ironic, then, that the McGuinty government is considering a proposal to slash auto insurance benefits that would undoubtedly lead to more people being disabled for the rest of their lives.

Finance Minister Dwight Duncan says he’ll decide this summer whether to accept a recommendation from the Financial Services Commission of Ontario (FSCO) to cut basic medical and rehabilitation benefits for insured motorists from $100,000 to $25,000. Minister Duncan is being pressured by the industry which claims it needs these cost savings because it lost money last year on auto insurance in the province.

By reducing benefits, the province will leave seriously injured accident victims without the rehab services they need to put their lives back together again. As a result, many will never return to work, or to as normal a life as possible. Capped at $25,000, they’ll run out of benefits long before they get better.

Once again, it’s ironic that the Ministry of Health and Long-Term Care should set as its primary goal the reduction of wait times, and the Ministry of Finance is now considering changes to the Auto Insurance regulations that will guarantee longer wait times. Does one hand know what the other hand is doing?

The Insurance Bureau of Canada (IBC) claims that for every dollar spent on treatment, another 60 cents is spent on assessments. The implication is that these assessments are unnecessary or frivolous. But insurance companies should look to their own operations as they themselves are responsible for initiating about half of all assessments in their efforts to deny treatment plans. I recently heard that an insurance adjuster ordered four separate assessments to try and deny an exercise ball for a client. How is that cost-effective?

Clearly, the insurance industry has very little idea of the realities of injured people. Recently, I was part of an audience that was told by an IBC professional that people with brain Injuries would not be affected by the proposed reduction in benefits since all are deemed ‘catastrophic’ and therefore eligible for one million dollars worth of benefits. In reality, only between 10 and 15 per cent qualify for the catastrophic designation. The vast majority fall below that threshold, and are left with deficits and impairments that require far more support than $25,000 will buy.

It has been estimated that some 12,000 individuals in Ontario are seriously hurt in automobile accidents each year. If the province accepts FSCO’s recommendation, that’s the number who will be left without adequate protection. These are people who have suffered such disabling injuries as ABI, the loss of a limb, blindness in one eye, or partial paralysis – and for whom $25,000 will have to suffice.

The FSCO proposal is really a transfer of costs from insurance companies to the taxpayers of the province. Minister Duncan has a choice to make – he can ensure that people seriously hurt in car crashes get the medical and rehabilitation services they need, or he can cut these benefits and give insurance companies the profits they want.

And while property and casualty insurers earned less last year on their auto businesses than in previous years, they still made $2.8 billion overall and had a return on equity of more than 7 per cent.

Yes, auto insurance needs to be reformed. But the government shouldn’t penalize accident victims because the insurance companies made some bad investment decisions. Minister Duncan should reject the proposal, maintain status quo, and send FSCO back to the drawing board.

2009-07-23
Bulletin Editor
Previous: Sellout of Canada in the works?
Next: Documentarian seeks Brick Works stories for film about site