Live longer by thinking outside the lab

Posted by: Bulletin Editor November 10, 2016 Comments Off on Live longer by thinking outside the lab

The life expectancy of Canadians has lengthened significantly in the last century, but we need to spend more on public health initiatives to continue this trend.

The Canadian Public Health Association (CPHA) recently celebrated the fact that the average lifespan of Canadians has increased by more than 30 years since the early 1900s. That’s something we can all celebrate.

If you asked Canadians why life expectancy in our country continues to rise—now 79 years for men and 83 for women—many might attribute it to advances in medicine, such as new pharmaceutical research and surgical interventions. Scientists working in labs, in other words.

Most would be surprised to learn that 25 of the 30 added years in life expectancy since the early 1900s are not a result of medicines. Instead, they’re thanks to public health measures.

Here’s a modern example: Statistics Canada showed that from 1981 to 2011, life expectancy in Canada increased by 6.2 years. The largest gain was due to the decline of cardiovascular deaths—and public health initiatives had a significant role. 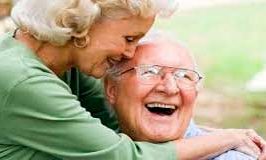 All these public health measures led to a seismic shift in how Canadians view smoking and their health, saving countless lives and reducing health-care spending on premature illness.

With such a high rate of return—in life expectancy and dollars saved—you would think Canada would invest heavily in public health research.

Sadly, this isn’t the case.

Last year, the research budget of the Canadian Institutes for Health Research (CIHR) was $973 million. Less than 8% of that budget—$81.9 million—went to population health research, with the bulk going to biomedical and clinical research.

Investments in clinical interventions aimed at curing disease are important but public health research should not be largely overlooked in the process.

In fact, biomedical sciences should work with public health research—to address issues like emerging infectious diseases, antimicrobial resistance and chronic diseases like obesity, for example. But that can’t happen if we forever put public health research in the back seat instead of the driver’s seat.

Consider diabetes, a chronic illness projected to increase in Canada from affecting 2.4 million in 2008 to 3.7 million by 2018. This could raise health care costs by $4.7 billion in 2020. Another chronic condition is obesity, afflicting 30% of Canadians and 10 per cent of Canadian children. Yet another chronic illness, cardiovascular disease, is estimated to cost $7.6 billion.

Public health research, along with basic and clinical sciences, has a significant role to play in finding solutions.

For example, public health research is gaining better understanding of the food system, barriers to accessing healthy food and the effects of marketing unhealthy foods. Research shows that food marketing predominately promotes unhealthy choices and this significantly impacts children’s diets. This research provides guidance on how families should get information about food and how food marketing should be restricted.

Public health research also shows how urban design can encourage active, healthy lifestyles. Changing policies on urban density and transportation will make the healthy choice the easiest one as we encourage walkability in cities.

Such public health strategies could change outcomes for the interrelated conditions of diabetes, obesity and cardiovascular disease all at once.

It’s time for Canada to think outside the lab—and invest more in public health and the research that supports it.