Lawsuit against Bush, others for illegal Iraq war

Posted by: Bulletin Editor August 2, 2016 Comments Off on Lawsuit against Bush, others for illegal Iraq war

In papers filed Monday, August 1, 2016, the Department of Justice opposed the submission of the Chilcot Report to the United States Court of Appeal for the Ninth Circuit in an ongoing litigation related to the legality of the Iraq War.

The case, Saleh v. Bush, involves claims by an Iraqi single mother and refugee that six high ranking members of the Bush Administration — George W. Bush, Richard Cheney, Colin Powell, Donald Rumsfeld, Condoleezza Rice, and Paul Wolfowitz — waged a war of aggression against Iraq in 2003, and that they should be personally responsible for the consequences of the unlawful invasion.

The plaintiff, Sundus Shaker Saleh, alleges that high ranking Bush-Administration officials intentionally misled the American people by making untrue claims that Iraq was in league with Al Qaida and that Iraq possessed weapons of mass destruction. She also alleges that certain of the Defendants, and in particular, Donald Rumsfeld and Paul Wolfowitz, publicly supported an invasion as early as 1998 and used 9/11 as an excuse to push for an invasion of Iraq, regardless of the consequences.

Ms. Saleh is relying on the judgments made by the Nuremberg war crimes tribunal convened in 1946, which found German leaders liable for unlawful wars of aggression against neighboring countries. The Nuremberg judgment held that committing a war of aggression was the “supreme international crime.”

The conclusions of the Chilcot Report were submitted to the Ninth Circuit as further evidence of wrongdoing by the six defendants in the case. Ms. Saleh also provided copies of notes and letters from former Prime Minister Tony Blair to George W. Bush included in the Chilcot Report, in which Mr. Blair appeared to commit to the invasion with Mr. Bush as early as October 2001.

In December 2014, the Northern District of California dismissed the lawsuit on the grounds that the Defendants were immune from further proceedings under the federal Westfall Act(codified in part at 28 U.S.C. §§ 2671, 2674, 2679).

The Westfall Act provides immunity to former government employees from civil lawsuits if a Court determines that the employees were acting with the lawful scope of their employment. 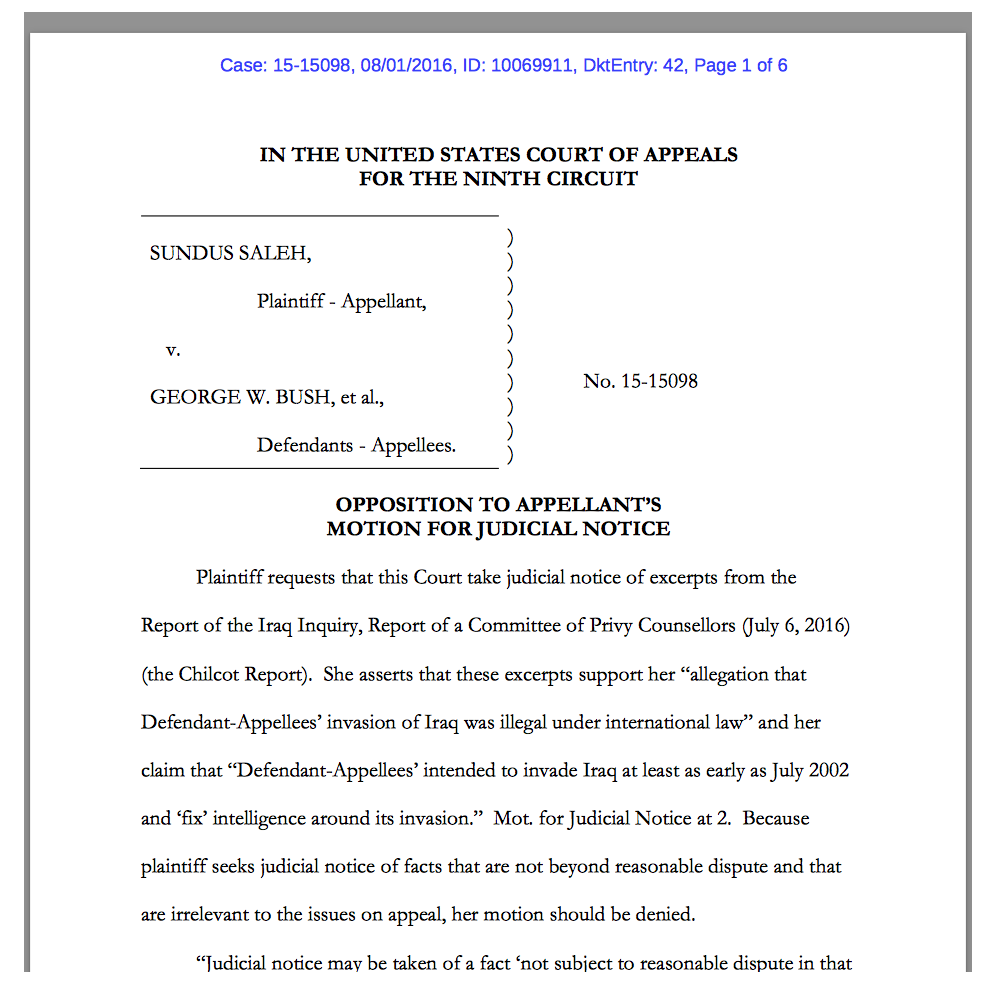 Inder Comar Esq is a distinguished human rights lawyer based in San Fransisco, Cal. He is Global Research’s Law and Justice Correspondent

It is important that those committed to peace and social justice take cognizance of this historic civil law suit directed against a former president of the United States including senior officials of his administration.

This is a civil suit. It seeks compensation. While it  does not contemplate a criminal indictment, it nonetheless constitutes a far-reaching legal initiative by Californian human rights lawyer Inder Comar(image right).

The political ramifications are far-reaching.

Forget the ICC and the Hague tribunals, which serve the interests of US-NATO. Within the US legal system, e.g in California, the State of New York, Nevada, etc. a civil complaint against GWB et al, Barack Obama and/or a war criminal of your choice can be launched at the State and District level.

We call upon Global Research readers to spread the word.

We are also launching a donation drive in support of the Saleh vs. Bush legal suit.  To donate click here and tag a one time donation to “legal action against Bush”

We call upon Global Research readers to spread the word. We are also launching a donation drive in support of the Saleh vs. Bush legal suit. To donate click here and tag a one time donation to “legal action against Bush”

Global Research will transfer your donation to cover the legal expenses of Sundus Shaker Saleh. 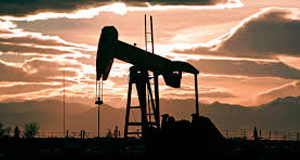