It was Mike Harris who beat the pants off Tim Hudak

Posted by: Bulletin Editor July 20, 2014 Comments Off on It was Mike Harris who beat the pants off Tim Hudak 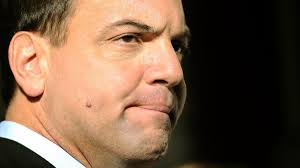 Scandals and sellouts aside, voters went for hopeful promises of lesser devils than the ones they have experienced at the hands of Dalton McGuinty.

The voter demolition of both Andrea Horwath’s NDP and Tim Hudak’s Tory regimes at the polls is rightful and overdue repudiation of neo-conservative dominance of our province and nation.

Horwath saw those hazards to her electoral hopes and yanked the trigger for an early election after the wily Grits put up an NDP dream platform. Sooner rather than later to the polls, her advisors no doubt felt. If not now, maybe not at all.

Even some members of her own party were critical of her rejection of a near-perfect platform and abandoned ship. But there was more to it than that.

So determined were the voters to quench the memory of Mike Harris’s evil reign which demolished our city by amalgamation that they went for whom they thought would beat Mean Mike’s successor, Hudak, another teller of tall tales and dumb-ass schemes to trick the deluded yokels who think they have a prayer of themselves becoming oligarchs.

It is oligarchy that sustains, especially, the Tories and the Liberals. The high cost of campaigning in Canada means that money drives all the parties, albeit less so the Greens. Foreign-run corporations have cash to invest in such political enterprises through various loopholes.

We’ve had a bellyful in recent years of those who call themselves Tories.

The outright black lies we get from the strict, domineering Harper bunch are more than mere campaign rhetoric redacted to conform to reason. They’re cynical, purposefully deceitful schemes to reward those who reward them and hide it from you.

For example, they’re always conniving to hand off your public property, the commons, to business interests friendly to their regime. Harris tried to sell off Hydro and came close to doing it. The mess it’s in now is directly a result of his breaking off a branch of the Crown corporation and reconstituting it as a new enterprise, ready for the auction block, replete with fatcat CEOs and all the corporate trappings of what should only be allowed to private non-public, non-exchange-traded companies.

The economic supremacy of government is most cynically applied in its power to prohibit and regulate. Used properly, it can protect the broader public, businesses and the vulnerable.

Used Tory-style, it creates industries where none should exist. Like marijuana prohibition. The “medical” application of cannabis sativa can help a lot of people suffering pain without addicting them to pharmaceuticals.

But with the latest cynical law from Ottawa, this easy to grow-yourself herb can be used to create an utterly unnecessary “industry” that produces nothing of value except profits for moneyed people who can acquire a licence.

Since it’s absolutely impossible for any but the most virulent police states to wipe out the non-legal sale and use of marijuana…if even then…the corrupt Harper licencing regime penalizes only the ill who are most vulnerable and the least likely to be able to afford to buy the high-priced factory-produced herb.

That, too, likely resonated among voters in Ontario who disassembled the provincial PCs and went for Kathleen Wynne as the anyone-but-Tim alternative.

You’ll no doubt recall that Stephen Harper’s oft-touted campaign pledge was to have an open, accountable government, with the promise that you won’t be deluded by propaganda tricks nor denied access to your government information which you are entitled to have.

Now the Harperites are trying to redefine your right to information you own—public information—to make it even less public and more secret, blackened by magic markers over the real meat of a document. That’s Harper Transparency.

You’re also aware that The Harper Government® is the most secretive batch of liars who make the Rightly Despised Brian Mulroney appear almost truthful.

Mulroney, you’ll recall, is the Tory scoundrel who sold us out to NAFTA. If you’re wondering why our manufacturing industries are gone south with that “great sucking sound” former U.S. presidential candidate Ross Perot cannily predicted, you can thank Brian for your own and your children’s poor job prospects.

Steve is also big on selling Canadians out to foreigners, as is Liberal whiz-kid Justin Trudeau, abetted by his celebrated economic minister, Chrystia Freeland, who has written a celebrated book about plutocrats and globalization. But she is on board with Euro free trade which puts us in competition with a number of Euro-basket-cases that can outbid Canadians and take more of our jobs.

On the heels of that, figure free trade with Asian nations is next, just to ensure all our jobs and industries are gone so that we are in shape to be acquired by the International Monetary Fund which, as it does in Greece and so many other places, will sell foreigners our, farms and highways (like Mike Harris did with 407) and beaches and mines and anything else to bail us out, which is impossible to do.

Not to be outshone by the others, NDP Leader Tom Mulcair is also leaping at the prospect of free trade, lord knows why. Maybe the dippers think there’ll be more jobs for unionized social workers to take care of all the displaced Canadians who can’t afford to live.

Foreigners will own our cities and be able to demand their slave-labour factories and contractors will have opportunity to outbid local businesses and workers to do everything from picking up our garbage to providing accounting services to our governments.

Local advantage is wiped out as an economic principle. We pay world prices for everything and free-trade schemes ensure that.

So you may well get to pay the same price for apples that they pay in Alabama or the Amazon…less a bit of shipping at world-oil prices for our natural resource that should be cheaper here.

But “free trade” does sound so—shall we say—liberal. Why then are the Tories advocating it?

2014-07-20
Bulletin Editor
Previous: Brad Lamb hosts his friends and neighbours at a block party
Next: Friends of the Earth say Coke is a major GMO villain