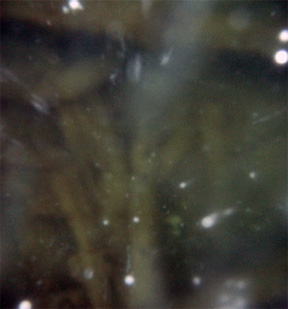 The Wreck of the Baltic Belle lies forever entombed under a foot of ice off Algonquin Island where children skate without a thought to the story beneath their blades.

Beneath the amazingly transparent ice of the skating rink on the lagoon toward the west end of Algonquin Island lie eternally entombed (except during spring, summer, and autumn of course!) the shivered timbers of one of the more unlikely marine residents of the Islands – the Baltic Belle.

As the story emerges from the delightful Island archives kept at 5 Ojibway Avenue by Albert the Archivist and his charming wife Emily, she was built in 1917 in Sweden as an ordinary, very seaworthy, two-masted, double-ended North Sea trawler, the Themus. Sometime just before World War II, she found her way into Finnish ownership, and in 1950 was acquired by a motley crew of young Estonian and Latvian exiles, including a young nurse who is seen in one picture which the Archivist’s source has seen, but does not possess, posing nude under the bowsprit as the figurehead. The group set sail for the New World, all the way across and down the Atlantic, around Cape Horn, to Valparaiso, Chile, where they settled. It must have been epic, there were still shark hooks in the manifest in 1958.

Around 1955-56, the captain took Themus out of Valparaiso, up through the Panama Canal, across the Gulf of Mexico, and into the Great Lakes, whence he and she eventually fetched up in the Toronto Islands lagoon where she is to this day. The captain of one of the Island ferries then acquired her, renaming her Baltic Belle, and in 1957 or 1958, reselling her to Ron and Alida Turner of Ward’s Island. She was at the time filthy, still loaded with bits of her original equipment including Nazi-era Kriegsmarine charts, but sound as a belle. Mr Turner undertook to restore her as an adventure craft.

Albert the Archivist demonstrates wreck-viewing technique. Do not try this at home!

In the course of assorted misadventures, financial and mechanical, she succeeded in committing suicide by the simple means of having the (unattached) propeller shaft drop out of her while no one was looking. Efforts by the Harbourmaster to raise her as a hazard to navigation only broke her up.

Eventually bits of her including her bowsprit were sold to various Island residents as souvenirs or broken up for firewood, but about 50% of the hull is still there, and may be viewed through the ice of the skating rink, about 12 feet short of the west end of the rink and about six feet out from the Island shore. You have to lie flat on your tum with your nose pressed to the ice (yes, it’s ICE!) to view her and kind of skoodge along to see very much of her, but she’s there, no lie. Wear your YakTrax if you try it, that ice is slick. Incidentally, there’s no viewing her in summer, the weeds grow up too fast. You might try sticking your head under the water about a week after the ice has gone out. You could try that but this newspaper, quite responsibly I think, does not advocate it.

The Baltic Bell featured in a Shadowlands Theatre play in 2003. Albert the Archivist is still looking for the picture of the nude human figurehead.

2007-02-12
Bulletin Editor
Previous: Public meeting re: future of All Saints cancelled
Next: New Corktown board elected